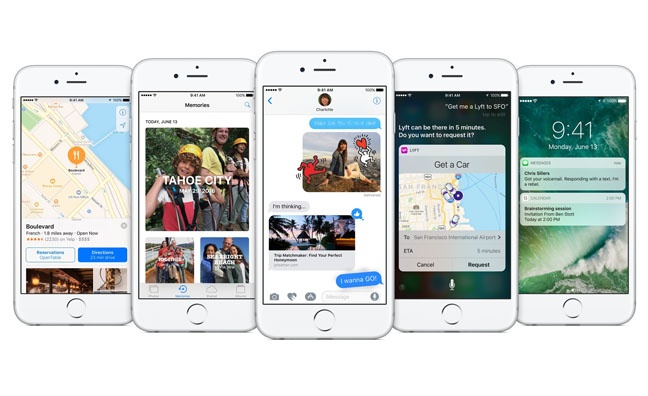 Apple's annual Worldwide Developers Conference (WWDC) took place in San Francisco yesterday, and while there were none of the hardware announcements that are usually expected from the event, there were a number of software announcements as well as an insight into the growth of Apple Music.

One of the most interesting revelations is that the company, which has kept its paying subscriber numbers pretty quiet since launching Apple Music last June, revealed that it now has 15 million people paying to use the streaming service.

Those paying subscribers will be pleased to hear that it was also revealed that Apple Music has an all-new design.

The Library, For You, Browse and Radio tabs have been completely redesigned a new search tab has also been added to make finding music easier.

“iOS 10 is our biggest release ever, with delightful new ways to express yourself in Messages, a native app for Home automation, and beautifully redesigned apps for Music, Maps, and News that are more intuitive and more powerful, making everything you love about your iPhone and iPad even better,” said Craig Federighi, Apple’s senior vice president of Software Engineering.

“iOS 10 adds Siri intelligence into QuickType and Photos, automates your home with the new Home app and opens up Siri, Maps, Phone and Messages to developers — while increasing security and privacy with powerful technologies like Differential Privacy.”

News app with a new For You, organised into distinct sections that make it easier to find stories, support for breaking news notifications and paid subscriptions.

The developer preview of iOS 10 is available to iOS Developer Programme members at developer.apple.com starting today, and a public beta programme will be available to iOS users in July at beta.apple.com. iOS 10 will be available this fall as a free software update for iPhone 5 and later, all iPad Air® and iPad Pro™ models, iPad 4th generation, iPad mini™ 2 and later, and iPod touch® 6th generation. For more information, visit

iOS 10 will be available this fall as a free software update for iPhone 5 and later, all iPad Air and iPad Pro models, iPad 4th generation, iPad mini 2 and later, and iPod touch 6th generation.