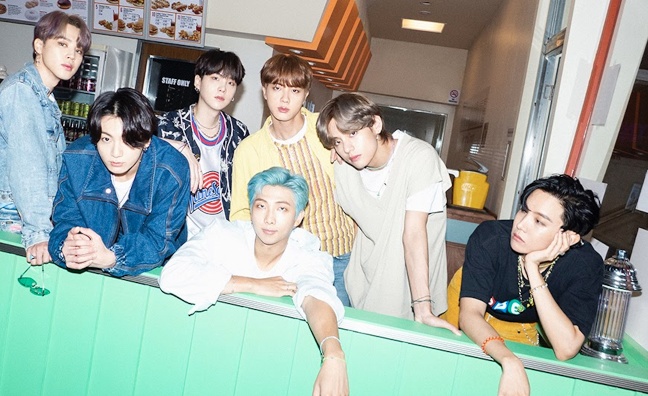 BTS have set a new record for day one YouTube views with their new single Dynamite.

Released last week, the video raced to 101.1 million views on YouTube in 24 hours. It has now been watched 178,122,232 times on the platform. The video also set the record for the biggest premiere in YouTube history, with more than 3m viewers.

Dynamite, the first BTS single to be sung entirely in English, was written by David Stewart and Jessica Agombar. The band are set to perform the song – which topped the iTunes chart in 104 territories and has 21,911,615 plays on Spotify – at the MTV VMAs on August 30. It is set to challenge Joel Corry & MNEK’s Head & Heart at the top of the singles chart this week. Several remixes have also been released.

BTS are yet to score their first No.1 single in the UK. Their biggest so far, according to the Official Charts Company, is Mic Drop, which has sold 191,478 copies. They topped the charts with Map Of The Soul – 7 (78,122 sales) earlier this year.