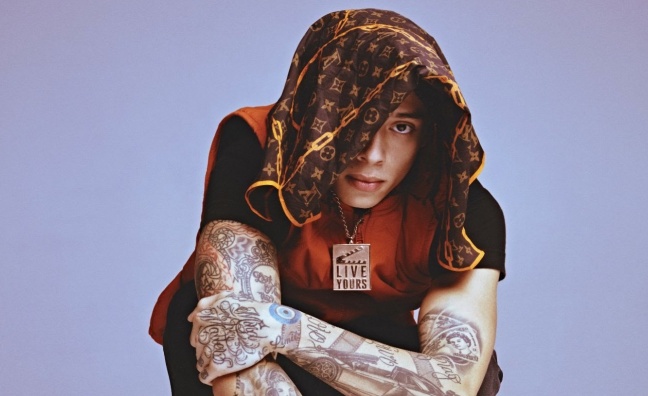 YouTube Music has confirmed Central Cee as its next Artist On the Rise in the UK.

The announcement comes as the independent West London rapper’s new single, Little Bit Of This is released. It follows four previous appearances in the Top 20 of the UK singles chart. Earlier this year, Central Cee’s debut mixtape Wild West entered the albums chart at No.2. It has 64,749 sales to date, according to the Official Charts Company. The act's biggest single, Loading, has 371,274 sales, while he has more than 74 million views on his YouTube channel.

YouTube Music artist relations manager Sheniece Charway said: “Central Cee is without a doubt one of the most exciting artists to emerge in recent years. His tenacity and fearlessness when it comes to pushing the boundaries of rap have contributed to him being one of the biggest  breaking artist stories of 2021 and we are thrilled to welcome him as our next Artist On The Rise.”

Central Cee commented: YouTube is a big platform for me and it's a pleasure to be their Artist On The Rise. Looking forward to working with them more and reaching more people in the process.”