"Distribution models have been in flux the past decade": Inside the evolving world of physical and digital distribution 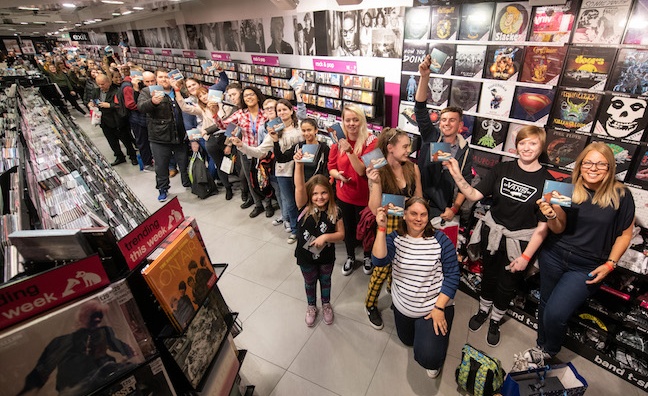 In the new issue of Music Week, we take an in-depth look at the world of distribution by speaking to some of the key players in the physical and digital sector.

In a day and age when musicians can now release their work directly onto streaming services (not to mention the challenges of physical retail) the distributor – traditionally the connective tissue between labels and retailers – could, from a cursory glance, appear to be at risk of becoming a living fossil. And yet nothing could be further from the truth. The sector is thriving. Indeed, many of the companies Music Week spoke to insisted that physical distribution remains as crucial as ever in 2019.

“Physical is hugely important to us,” Richard Sefton, director of sales & distribution, PIAS, told Music Week. “It is the foundation on which PIAS was built and we have hundreds of loyal customers who work purely in the physical retail environment. The survival of HMV was important in itself, but it was also important for the wider physical market. This was highlighted at the time by the many messages of support HMV received from independent retailers. The continued task now is to help the new HMV establish itself, and to make sure the strength of the independent sector is not compromised in any way. I find it hard to take anyone seriously who chooses to ignore or downplay such a significant part of the business.”

While physical remains resilient, the rise of digital distribution was, however, seen as one of the key trends in the sector right now...

“Digital distributors arguably play an even more important role now than ever before as an increasing number of artists look to release their music independently,” said William Hallström, head of distribution UK, Ireland & The Nordics, Zebralution. “The trend is undeniable at this point and many services, old and new, are rushing in to meet this new demand. As a result, artist and label education has become a big focus for us. With more independent releases there’s an even greater need for support and guidance in the market. We spend a lot of our time educating and advising our label partners on best practices and developments around streaming.”

For those who question why artists still need a digital distributor when Spotify and other platforms are letting artists upload their music directly, there were a host of interesting rebuttals.

“Being both a distributor and retailer at the same time creates a huge conflict of interest on so many levels,” argued Robert Klembas, chief operating officer for Rebeat Digital. “Just think about it: POS marketing and promotion have become integral parts of the digital distribution service portfolio. But if I am an artist with a direct deal at Spotify, how realistic is it to expect the Spotify/DistroKid team to weigh in all their effort to promote my content on other important DSPs – most of which are direct competitors to Spotify’s core business? Similarly, even if Spotify tried to promote my release on other DSPs: what effort will platforms like Apple Music really make to support promotion of my release on their storefront – a release distributed by their biggest competitor? But on the other hand, will artists be willing to do without promotion on major DSPs like Apple Music? I have my doubts about it. Overall, from what we know at this point, this move opens more questions than it seems to answer. In this light, I believe it’s more important than ever to work with a distributor that’s 100% independent like Rebeat. A distributor that will do everything to maximize visibility and success of your music across all platforms, without putting their own agenda first.”

Suffice to say, the bigger picture emerging here is of a sector that is weathering significant change at the moment.

“The landscape of music distribution models has been in flux the past decade but even more so with the myriad significant mergers and acquisitions we’ve seen in the past few years with companies like Red/The Orchard, TuneCore/Believe, InGrooves/UMG, and Downtown Music/AVL-CD Baby,” said Jack Cyphers, managing director of global music, Exactuals. “The role of traditional distribution has morphed into a more agile and end to end solution-based model. The umbrella of services now offered give everyone from neophytes to indie artists the ability to operate as a label.”

Indeed, one of the most interesting developments in the sector is the manner in which some distributors are expanding their operations to include a much wider remit of services.

“On funded and service led distribution deals we are essentially helping to develop artists careers,” said Ben Rimmer, head of sales & distribution services, Believe. “But it's important not to blur distribution with artist services or development as it's not possible to scale those areas and properly deliver marketing services. Instead we offer strong PR and marketing advice to our distribution clients. We've developed a DIY to JV structure that enables us to increase investment and services and move the best artists and labels up this chain as we did with Novo Amor from TuneCore to in-house label AllPoints. This structure means Believe remains a relevant and future-proof home for progressive independent artists and labels.”

“Marketing is key, for sure,” agreed Dorothée Imhoff, UK MD & director of strategic European sales at FUGA. “Likewise, being able to report increasingly granular consumption data as labels need the necessary information to make targeted, informed business decisions. Distributors also often offer royalty accounting tools or neighbouring rights and publishing services. The trick is how to intelligently integrate these services to make it seamless for the labels you’re working with. You want to simplify their processes so they can concentrate on the creative aspect of their business.”

“I think it is good to have other strings in your bow and, as such, Republic of Music have a successful Sync department, a service we offer to all our labels, plus we handle our own Manufacturing here at ROM, which is great as we have direct control over making products artists are proud of and deliver in time for release,” he told Music Week. “We also have Management and Publishing here at Republic of Music. We work very closely with a number of our labels and artists on marketing campiagns and artist development, something which maybe distributors didn’t used to offer in the past, but now feels like it is essential when working with your labels. Any advice based on our experiences as a distributor we can give that helps overall sales has to be a good thing.”

Pick up the latest issue of Music Week to read the full report - subscribers can click here.