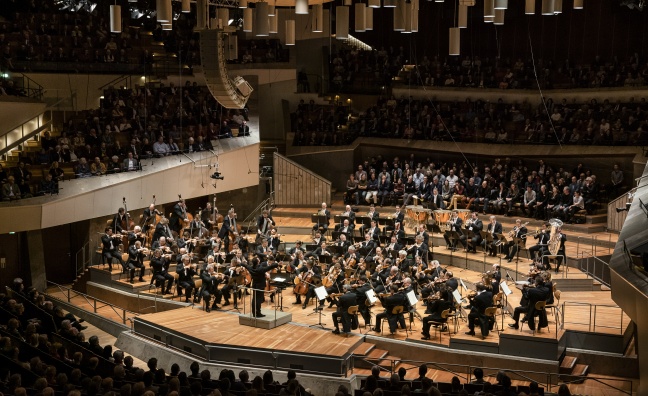 PIAS has announced a new global digital distribution agreement with the Berliner Philharmoniker.

The addition of Berliner Philharmoniker Recordings complements label partnerships with the in-house labels of the London Symphony Orchestra, the Choir of King’s College Cambridge, and the St. Petersburg-based Mariinsky Orchestra, all of which were announced in 2018.

"The Berliner Philharmoniker have fans all over the world. We are delighted to have found a partner in PIAS
who shares our passion and vision of digital music distribution and who supports us wonderfully in presenting the music of the Berliner Philharmoniker to an international audience in an ambitious, innovative way,” said Robert Zimmermann, MD of Berlin Phil Media GmbH.

“I speak for the entire PIAS team around the globe when I say that we are all incredibly excited to be working
with the Berliner Philharmoniker," added Katie Ferguson, director of streaming strategy and business development for classical at PIAS. "Their pedigree is unquestioned, and the quality of repertoire and recordings is spectacular. We look forward to collaborating with their highly innovative team to further expand the orchestra’s global digital business.”

Berliner Philharmoniker Recordings officially launched in May 2014 with a focus on large cycles of orchestral
music which so far include Schumann, Sibelius, and Beethoven conducted by Sir Simon Rattle, as well as a
body of Schubert’s orchestral works conducted by Nikolaus Harnoncourt.

The Berlin Philharmonic's first new release with PIAS is a new recording of Tchaikovsky's Symphony No.6 conducted by the orchestra's new chief conductor, Kirill Petrenko. The album will be released globally on May 10. Maestro Petrenko will take the reins later this year.