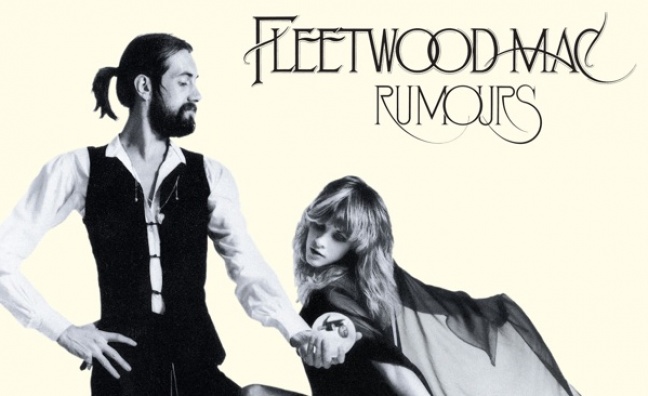 Fleetwood Mac's song Dreams has been played over 230 million times in the last two weeks across streaming services, social media and American radio

The 1977 track became a viral hit when fan Nathan Apodaca lip-synced Stevie Nicks' vocals, sparking a "Dreams challenge" which saw other users posting their own versions on the likes of TikTok, Instagram and Twitter. The band's Mick Fleetwood even joined TikTok to share his own attempt.

The news comes after last month's Music Week revelations about how the veteran act had become a force on streaming as well as physical formats.

“It’s exciting for us to think about a whole new generation of fans discovering the unmistakable sound of Fleetwood Mac and expressing themselves through this iconic song," said Kevin Gore, president of global catalogue, recorded music at Warner Music Group.

"Nathan’s video and the resulting ‘Dreams Challenge’ has created a moment of pure joy shared by people all over the world," he added. "This phenomenon also shows how evergreen hits can have the same impact, the same virality, as the biggest songs of today, especially when streaming has erased the boundaries of geography and genre, bringing music of all eras to fans of all ages.”

According to the data, Dreams has experienced a 314% increase in average daily Spotify streams from 23-27-year-olds, and a 245% increase from 18-22-year-olds since the original video was posted.

The song has even returned to the UK charts, peaking at No.24 the week before last. Music Week subscribers can access the UK charts first every Friday from 6pm.