'I did have a natural gift': Clive Davis on the Apple Music documentary about his stellar career 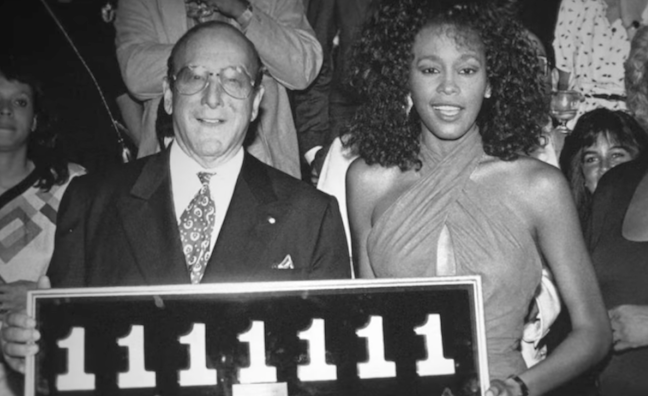 Legendary record label executive Clive Davis has praised Apple Music’s “enthusiasm" for the documentary about his career in the music business.

Clive Davis: The Soundtrack Of Our Lives is available from October 3 for Apple Music subscribers.

Speaking in this week's issue of Music Week, Davis said: "The brand is wonderful. This is an innovative, revolutionary company. The pleasure of it is exceeded by their enthusiasm for this film. They recognised that, in their mind, this film will appeal to everybody, whether they're in music or not.”

Directed by Chris Perkel, the film, which opened the Tribeca Film Festival, catalogues Davis’ career from his beginnings at Columbia Records and CBS, followed by successful spells at Arista Records and J Records.

The trailer opens with fellow music exec Simon Cowell, who says: “Deep down we all wanted to be Clive Davis."

"I was told that everybody that was asked did it willingly, generous of their time, specific in their recall and personal in the retelling,” Davis told Music Week. “Yes, I might have been a lawyer coming into the business, but as you see from competitors, Berry Gordy and others, I found that I did have a natural gift I never would have known of.”

Presented by Apple Music and IM Global, the film is a Scott Free Production. It was produced by Michael Bernstein.

To read our Aftershow interview with Clive Davis, pick up this week's issue of Music Week. To subscribe and never miss a big industry story, click here.