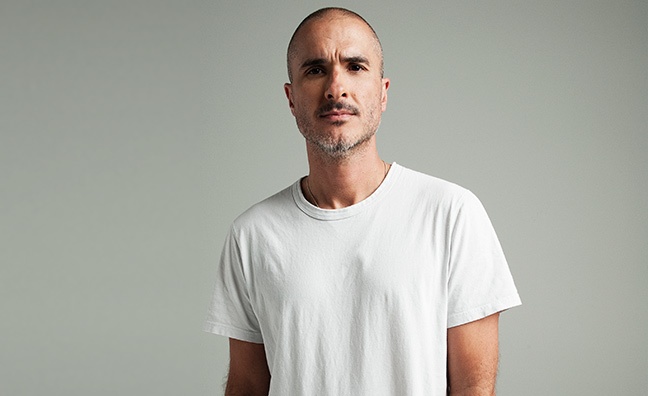 It’s here. Yes, today is the day of the Music Week Tech Summit Together With O2, with the music and tech sectors descending on The O2 in London in record numbers for a day of intense debate and innovative ideas.

Some of the biggest names in the biz will be speaking at this year’s Summit, from Facebook’s Vanessa Bakewell to UTA’s Joe Kessler and Ingrooves’ Amy Dietz to PIAS’ Adrian Pope.

But they don’t come much bigger than Apple Music global creative director and Beats 1 presenter Zane Lowe, who has flown in from Los Angeles to deliver the closing keynote speech on the subject of ‘Keeping the humanity in music’.

Lowe knows plenty about that, of course, having been one of the world’s leading tastemakers across his time at MTV, Xfm, BBC Radio 1 and now Apple/Beats, helping to make countless acts household names. And he’s already raised eyebrows with his assertion that breaking new artists is now easier than it’s ever been, thanks to the advent of streaming.

So, as a taster of what to expect at the Summit later today, Music Week sat down with Lowe to talk Apple, Radio 1 and why streaming 'saved' the music biz. Whether you’re attending the Summit or not, you’re going to want to read this…

The Tech Summit is designed to bring music and technology together. And the two seem to be getting on better these days…
“Certainly. When music and the internet found each other, initially in the free space, it was a wide open market with little or no rules. A lot of us struggled initially to understand our place in that. A lot of artists resisted it because they liked the idea of physical product or knowing people had downloaded their music legally. What’s changed, and why technology and music are getting along so famously and why there’s no looking back is, a whole lot of younger artists were born and raised in that free space, and that’s all they know. They decided to make it work because it’s exciting and it’s the language they want to speak. And that landed perfectly around the streaming era, which was the music business’ last chance to legitimise this experience, otherwise it was shut-up-shop time. Now, you have this nice middle ground and a mutual understanding where it’s, ‘We don’t want to slow down but we also want to make money’.”

There’s so much more hustle post-streaming

So streaming saved the music biz?
“I’d agree with that. What makes me feel good is, artists make money as long as they’re productive and creative. My analogy is, there’s a hallway that stretches for miles. It’s filled with doors, like The Matrix. Every one of the doors has an artist’s name on it. There’s Drake over there, Rex Orange County over there, there’s Halsey and there’s Camila Cabello. The music you have in your hand is the key to open that door. But once you open the door to the artist’s room, what are they putting in it? If you’re just putting your singular album or project on the ground with maybe a T-shirt and a tour poster hanging on the wall, you’re in trouble. Because next to you is Tyler The Creator and you can’t even get in his room, because it’s got Camp Flog Gnaw, Golf with real estate on Fairfax, music videos, production, social media strategy, merch collaborations, albums, remixes, TV shows… He’s just constantly creating and that’s the kind of mentality you’re dealing with now with artists. There’s so much more hustle and I’m just glad that the music business is still in those rooms. Because, honestly, if there’d been infinite [non-monetised] distribution, artists would still build their rooms, but the music business just wouldn’t have been a part of it. Music would have just been PR for everything else.”

How does your role at Apple Music and Beats differ to your role at Radio 1?
“There’s many differences between the way it was and the way it is. The only real constant is, I’m still passionate about sharing music and talking about it. [At Radio 1], we were the primary lane through which music was pre-promoted. But there’s no pre-promotion anymore. There is zero value in giving a song to someone on a radio station for six weeks and not letting everybody out there access it on streaming services. Looking back on it now, it seems a miracle we were ever allowed to do that with any sense of exclusivity, because now we live in an age where everybody’s curating everything all the time. And that’s a really amazing democratised experience. We all used to think we had the answers. Now you’ve got to be so open-eared to everything all the time, and then just work out how you can play your part of the game. Because it’s coming in from so many different places, it’s crazy. I’ve never lived in a time when people have listened to each other more than now.”

* For full details of the Music Week Tech Summit Together With O2 schedule, click here. For live coverage, stay tuned to musicweek.com and our social media channels. To subscribe to Music Week and never miss a vital music or technology story, click here.