Inside MyPart's vision for artificial intelligence and songwriting 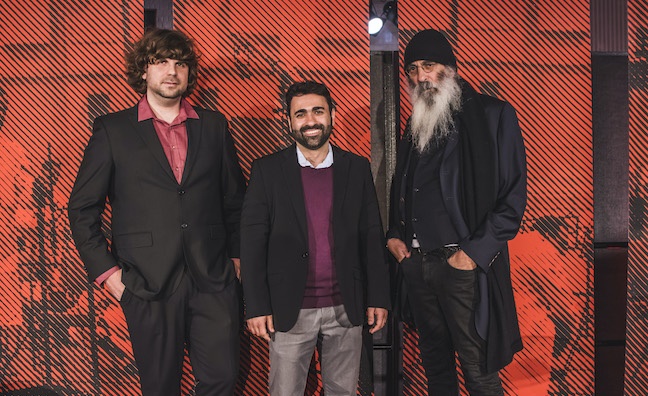 Artificial Intelligence is a growth area for music – and MyPart is the latest tech start-up targeting global opportunities.

As reported in Music Week’s Start Me Up feature, MyPart developed a proprietary AI platform with a song search and matching component for the music industry, as well as TV, film, gaming and advertising. The potential is huge, according to co-founder and COO Ariel Toli Gadilov.

“The last couple of years have shown monumental growth to two industry trends – and MyPart has taken hold at the intersection of both,” he told Music Week. “Firstly, the song economy continues to flourish and attract unprecedented investments and interest. Secondly, the music creator and future of indie music seems bigger and brighter than ever.”

The MyPart platform is a set of ‘supertools’ for both A&R, sync and other creative executives on one end, and independent songwriters and artists on the other. As well as enabling song searching and matching via the SongMine function, it allows creators to pitch songs. MyPart’s AI will create matches to ensure A&R and other creative execs are not sifting through unsuitable submissions.

“MyPart’s vision is to democratise song selection, helping catalogue owners best utilise and monetise the long tail of their existing assets, while creating unparalleled opportunities for creators,” explained Matan Kollenscher, MyPart’s co-founder and CEO. “MyPart is becoming the first true song marketplace that anyone in pursuit of a song goes to in order to source their content or get it placed.”

With around 60,000 tracks being added to Spotify alone every day, AI is becoming a vital filtering tool in the streaming economy.

“We tell ourselves that we’ll know the right song when we hear it, but we can never actually get around to hearing the vast majority of songs,” said Ronny Vance, MyPart’s president and former president of Geffen Music and Interscope Music.

Although MyPart was only officially launched a couple of months ago, Vance noted that the AI has already successfully matched song benchmarks suggested by A&Rs at DefJam and Warner Music.

“A talented singer-songwriter from San Diego got his song directly into the hands of Anderson Paak’s team via an A&R veteran,” said Vance. “And a band from Milwaukee were picked out by famed songwriter/producer Evan “Kidd” Bogart [Rihanna, Beyoncé]”.

MyPart has so far raised a $3.2 million seed round and is gearing up towards an A round in the coming months.

The start-up has also benefited from its work with the Abbey Road Red programme, which helped MyPart refine its service to the music industry.

“Being able to sit at the same side of the table with brilliant executives, hear about their day-to-day needs and get their honest feedback was an incredible experience,” said Gadilov. “Abbey Road celebrates its inspiring heritage while leading music innovation, and enabling new generations of musicians – and MyPart aims to do just that."