MEPs back copyright directive, including Article 13 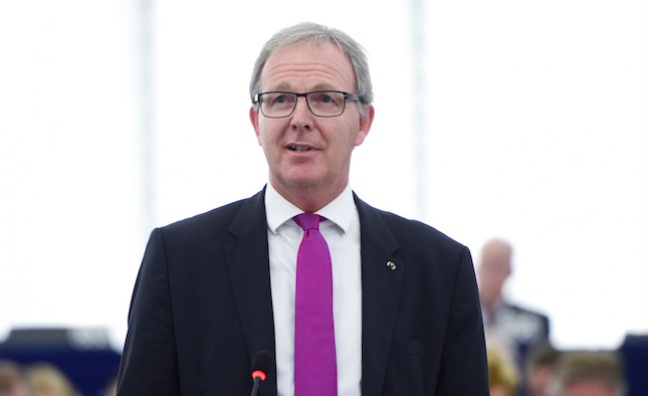 After several years of campaigning from the music industry and the wider culture sector, MEPs have today (March 26) voted on the Copyright Directive.

Political groups tabled various amendments that suggested alternative options – although these were seen as a way of halting the progress of copyright reform along current lines. In the event, the amendments were not allowed - by a majority of five votes - and the proposals were approved by 348 to 274.

MEP Axel Voss (pictured) breathed a visible sigh of relief during the vote, and the music industry is having a similar reaction after the measures were approved by MEPs. It opens the way for the fixing of the 'value gap' - a long-running campaign from organisations including the BPI and RIAA.

Article 13 – now re-named Article 17 in the revised text – has proved the most contentious, with opponents claiming it threatens the open internet. However, the music industry has united to back the measures as a solution to the so-called value gap – the vast difference in remuneration from upload platforms such as YouTube compared to DSPs such as Spotify.

Last month, the text was finalised with provisions that commercial sites and apps must secure licences for copyrighted material uploaded by their users, as well as employing upload filters. The Directive also enshrines the authors' and performers' right to “appropriate and proportionate remuneration”.

There has been intense lobbying on both sides with trade bodies representing creators accusing YouTube and Google of “misinformation” about the impact on the freedom of internet users. IMPALA has been heavily involved in the campaign on behalf of the independent sector.

Voss, the MEP behind the recommendations, told fellow parliamentarians that the rights of creators needed to be weighed up against freedom of expression.

“This is a decisive issue, namely to what extent can we translate our concept of copyright into a digital age,” he said. “Who is copyright for? Do we want to set up a legal framework for the internet so that content creators are not swindled? That is the basic issue that we are dealing with today.”

“I know that there there’s been a discussion on Article 13, which has become infamous,” he added.

This is a decisive issue... to what extent can we translate our concept of copyright into a digital age?

“There have been many allegations and accusations of the fact that we have created a definition where we only include those platforms which precisely know that they do use content which belongs to others, and monetise that content,” he said. “The platforms need to have a responsibility and we want to give them that responsibility to deal responsibly with copyrighted content where the rights-holders are not those platforms.”

It follows several stages of the EU legislative process in recent months, including an initial rejection of the proposals by the Parliament, which prompted further debate. MEPs then gave their assent in September and, after some wrangling, national governments in the European Council agreed on a final text.

Ivors Academy chair Crispin Hunt made a final push for the vote with the support of artists covering Snow Patrol's Just Say Yes.

The European Parliament vote was not the last step. The proposals need final approval by the European Council, which is set for April 9.

While that should be a formality, just days ago Germany’s minister of justice Katarina Barley voiced her opposition to upload filters. If ratification is blocked, then there would be further delays until after the European elections on May 23.

National governments would also have to implement the legislation.