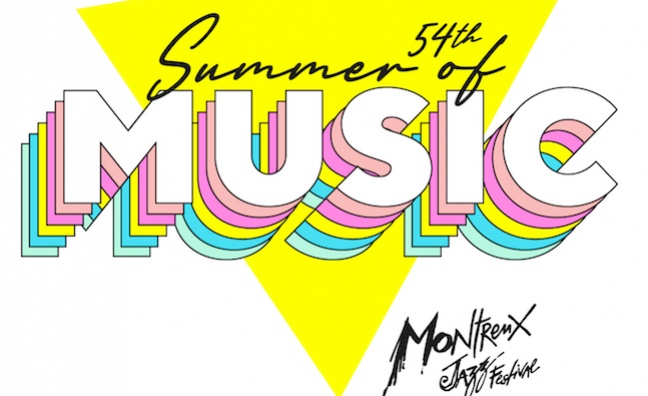 Montreux Jazz Festival has announced the launch of Summer Of Music to mark the 54th edition of the annual festival.

From July 3-18, when the festival was due to take place, Montreux will be bringing archive performances as an exclusive livestream series via YouTube.

Summer Of Music will showcase iconic Montreux Jazz Festival performances from some of the world’s most legendary artists, including Nina Simone, Marvin Gaye, Etta James and Carlos Santana.

Through a partnership between Eagle Rock and the festival’s media subsidiary Montreux Media Ventures, Montreux Jazz Festival will stream one performance a day across the 16 days, including world premieres from John Lee Hooker (1983) and Charles Bradley (2016).

Mathieu Jaton, CEO of Montreux Jazz Festival, said: “Since its beginnings in 1967, the Montreux Jazz Festival has been immensely fortunate to have built up, thanks to the visionary spirit of Claude Nobs, a rich and unique audiovisual archive. This heritage has made the Festival famous and continues to make it shine through initiatives such as the 54th Summer of Music, made possible through our collaboration with the Claude Nobs Foundation, Eagle Rock and the NMAAM. This summer, this heritage is more essential than ever.”

Geoff Kempin, Eagle Rock’s executive director, said “Marvin Gaye’s 1980 performance marked the inaugural collaboration between Montreux and Eagle Rock Entertainment, it paved the way for not only an exciting stable of ongoing releases, but also a fantastic line-up of artists at this summer’s Virtual Montreux Festival. We are delighted to be partnering with the Montreux Jazz Festival and YouTube in this summer Festival celebrating the diversity of artists that have performed at Montreux.”

This year was due to be the 54th edition of the Montreux Jazz Festival, taking place on the Lake Geneva shoreline in Switzerland.

As the festival owes much of its success to black artists, it has partnered with the National Museum of African American Music, to show its support and recognise the contribution of black musicians. Viewers will be able to make donations to the museum while enjoying the performances throughout the entirety of the festival.

MMV and Eagle Rock will also be donating all ad revenue generated from the Summer Of Music virtual festival to the NMAAM. NMAAM is set to open in the autumn of 2020 in Nashville.

When it opens it will be a world-class facility dedicated to celebrating, preserving, and educating visitors on the central role African Americans have played in shaping and creating American music and culture.

Tuwisha Rogers-Simpson, VP of brand and partnerships for NMAAM, said: “NMAAM is thrilled to partner with Montreux Jazz Festival for this year’s Summer of Music virtual event. In these uncertain times, music has been a beacon of light in a world of darkness, so we are excited that music lovers from across the globe will be able to share in this experience. Since the early 1600s, the influence of Black music and Black artists has spanned the globe, crossing race, age and even geography. We believe NMAAM to be a global destination where we unite people under a shared banner of music.

“Montreux is a titan in the popularization of Black music, not just in jazz but across genres, showcasing the wide-ranging impact of Black music and Black sounds. We look forward to what the Summer of Music event brings to fans and we hope for a continued friendship and partnership”