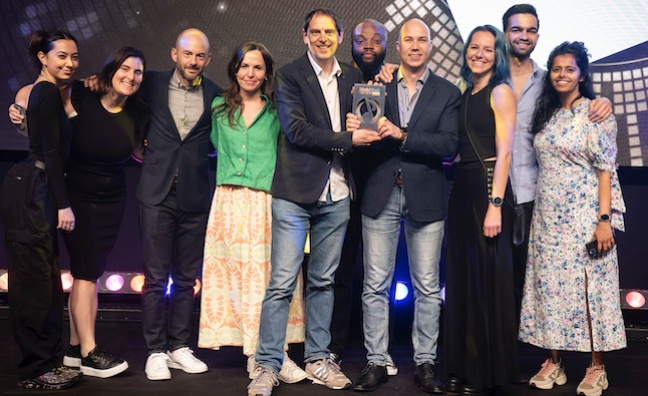 SoundCloud’s director of major label services, Ian Greaves, has told Music Week that the platform’s fan-powered royalties initiative has added an “extra dimension to everything we do”.

Greaves was speaking backstage at the 2022 Music Week Awards, having picked up the trophy for Music Consumer Innovation alongside engineering manager, royalties, George Roldugin and their team.

SoundCloud triumphed amidst strong competition, notably from TikTok, who have won the category for the past two years.

But Greaves shrugged off the idea of any head to head battle.

“It’s not a matter of competition, it’s a matter of what we do,” he said. “And that is to empower artists, create the artist-to-fan connection and make sure it’s as strong as possible.”

SoundCloud launched fan-powered royalties in March 2021, billing it as a user-centric payments system within its independent and emerging artist ecosystem.

The company moved from a market share royalties model to a user-centric system for its community of 100,000 independent and emerging artists, with those monetising directly on SoundCloud due to see the total amount paid to them collectively increase by 25%.

Reflecting on the roll-out, Roldugin said: “This idea has been around in the music industry [for a while], but SoundCloud was the one in a position to actually make it a reality.”

“We have so many artists who are monetised directly by SoundCloud, they don’t go via labels or distributors,” he added. “Users’ monthly fees go towards the songs they listen to” and that’s powerful.” 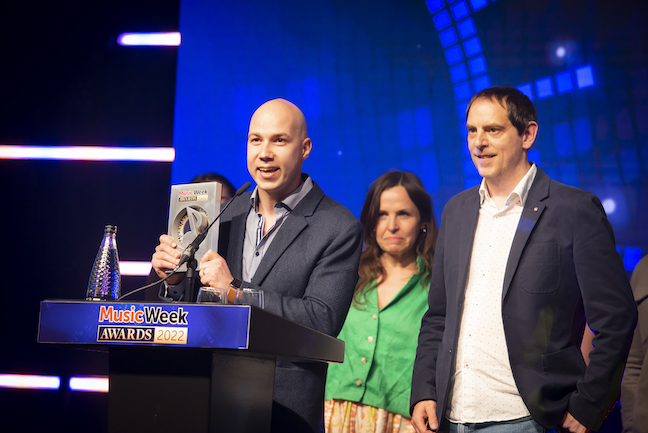 Greaves described SoundCloud as the industry’s “most artist-led platform” and said its Music Week Awards win “emphasises everything we’re trying to do for the business, for the industry”.

“In terms of music discovery, we want everyone to find their niche and find their communities, and that’s what you can do on SoundCloud,” he added.

Along with the rest of the industry, SoundCloud’s business has changed since its inception in 2007, and Greaves stressed that it shares more in common with social media platforms than other DSPs. Even so, he noted its unique place in the market.

“SoundCloud is such a different platform, we’re so much more of a social platform with the way you can repost and like, it really connects artists and fans,” he said. “It’s so different on SoundCloud and, right now, the communities that exist on the platform are making a difference culturally within the industry. The way music discovery happens on SoundCloud is really different to what happens elsewhere. It’s so authentic and, for new artists coming through, it’s giving them a voice that they just can’t get elsewhere.”