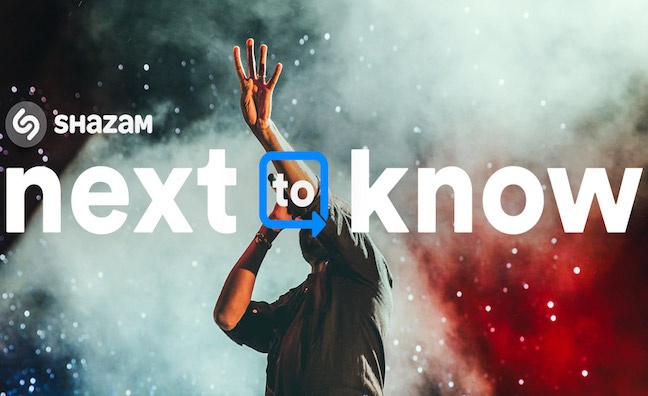 Shazam has expanded its Next To Know platform, which highlights a select group of artists each month who have been trending on the song recognition app.

Based on Shazam’s proprietary data and curated by its editorial team, Next to Know first launched in the US in December 2017. It has showcased new talent resulting from 20 million daily Shazams by music fans around the world.

Next To Know will now also be available in the United Kingdom, Ireland, Canada, Australia and New Zealand. Artists will be rated according to whether they are on the Watch list, Trending list or Hot list.

The Next To Know artists will be featured across the Shazam app, as well as on social channels. Shazam is also opening up the Next To Know feature to sponsorship by brands looking to connect to emerging artists and the app’s users.

“A Shazam is a strong signal that a music fan loves a song and is proactively looking for more information,” said Julian Marshall, global head of content. “In previous years, our data has helped highlight household names way ahead of them breaking into the mainstream. However, we’ve seen a change in how quickly an artist can break and we want to reflect that, too. That’s why, every month, we will update Next To Know with four artists who are about to break out.”