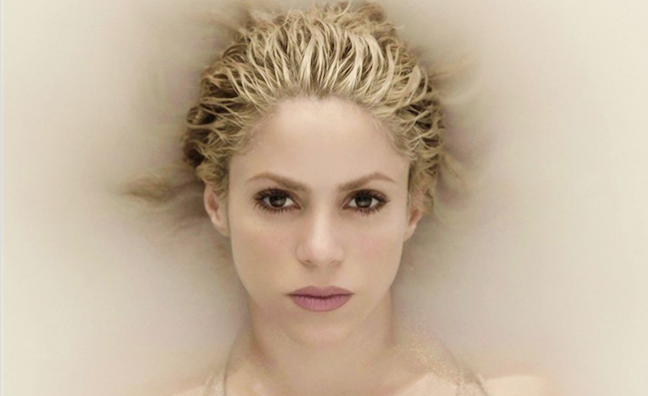 Sony Music US Latin has teamed up with the location-based experiences platform Landmrk for the launch of Shakira’s eleventh album El Dorado.

El Dorado is set for release on May 26, and the staggered reveal of the ‘Search For El Dorado’ campaign means fans can get a first look at previously unseen content. The campaign seeks to mobilise Shakira’s social media following - including 2m Facebook fans in the UK - through 890 hotspots across 99 countries.

By logging into Landmrk’s specially designed mobile web platform, fans are able to find local ‘hidden treasure’ hotspots based on their location. Sony Music has worked with their country-specific labels to find hotspots relevant to Shakira’s local fans. London’s Hyde Park, Brighton Pier and St Andrew’s Square in Edinburgh are among the UK hotspots.

By travelling to one of Landmrk-generated hotspots, they are given the opportunity to unlock album exclusives, behind-the scenes footage, or even to see an exclusive performance by Shakira in New York’s Washington Square Park. Fans are also encouraged to upload their ‘golden selfies’ to the platform and on social media. Almost 200,000 people have engaged with the platform in the first two days.

Ricardo Chamberlain, digital marketing manager at Sony Music US Latin said: “At Sony Music, we’re always looking for innovative new ways to engage with our artists’ followings. Having worked with Landmrk before on an award-winning project, we know location campaigns are the ideal way to get fans all over the world actively involved in projects while also providing them with rewards for doing so.”

Landmrk CEO Seth Jackson added: “Our adaptable platform empowers brands to build something tailored to them and their audiences. It’s ideal for marketers like Ricardo looking to push the boundaries of their global fan engagement. Our geo-locational campaigns offer a unique physical dimension to the customer-brand interaction and a more valuable experience for both the users and the marketers hoping to gain insights from them.”