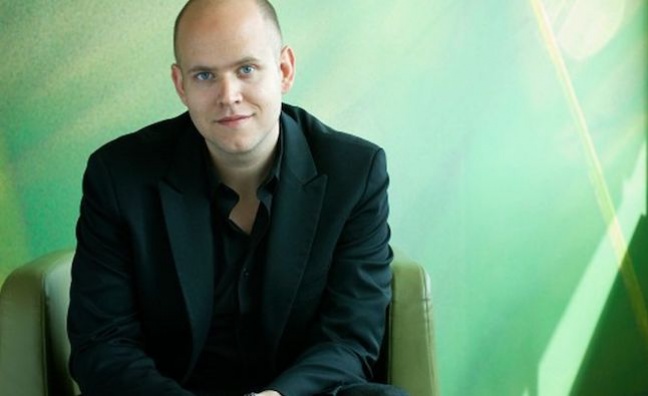 Spotify has been under fire over its decision to appeal the US Copyright Board’s increase in on-demand streaming royalty rates for publishers and songwriters. Today (March 13) it feels like the Swedish streaming giant is trying to put the pressure back on Apple, who were conspicuous by their absence in the CRB appeal case (Amazon, Google and Pandora lined up with Spotify). It also follows a major row with Warner Music over launching in India.

In a blog post, CEO Daniel Ek confirmed that Spotify had filed a complaint with EU competition regulators against Apple. Spotify argues that the App Store denies customers choice and limits rivals to the Apple Music service.

Spotify cites the 30% fee Apple charges content-based providers to use the in-app purchase system. Ek labelled the fee a “tax” and said it gave Apple Music an “unfair advantage”.

“In recent years, Apple has introduced rules to the App Store that purposely limit choice and stifle innovation at the expense of the user experience—essentially acting as both a player and referee to deliberately disadvantage other app developers,” said Ek. “After trying unsuccessfully to resolve the issues directly with Apple, we’re now requesting that the EC take action to ensure fair competition.”

Spotify later opted out of the Apple payment system, meaning that customers choosing to upgrade to the premium service had to do so indirectly. But that might have hindered Spotify’s efforts to convert free users to premium.

“If we pay this tax, it would force us to artificially inflate the price of our premium membership well above the price of Apple Music,” said EK. “And to keep our price competitive for our customers, that isn’t something we can do.

“As an alternative, if we choose not to use Apple’s payment system, forgoing the charge, Apple then applies a series of technical and experience-limiting restrictions on Spotify. For example, they limit our communication with our customers—including our outreach beyond the app. In some cases, we aren’t even allowed to send emails to our customers who use Apple. Apple also routinely blocks our experience-enhancing upgrades. Over time, this has included locking Spotify and other competitors out of Apple services such as Siri, HomePod, and Apple Watch.”

In the US, Spotify is in a battle for market leadership with Apple Music.

Apple has not responded to the complaint.