'Spotify's future is vested in the indies': AIM's Paul Pacifico on why the No.1 streaming service needs independent music 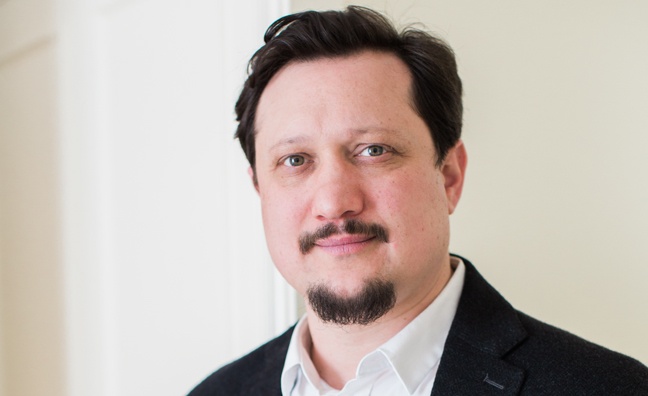 After a torrid end to 2018, Spotify’s share price has enjoyed a welcome boost in the last couple of weeks, with stocks rallying on the New York Stock Exchange.

The shares remain a long way off their $198.99 (£156.48) peak, however, and many in the biz will be looking to see how the streaming company reacts to the volatility now it’s a public company. In Music Week’s investigation of the fallout from Spotify’s April IPO – available in the current Review Of 2018 issue – some execs speculate that the streaming service needs to be seen to be tougher on labels to boost investor confidence.

But Paul Pacifico, CEO of indies body AIM, warned Spotify not to change tack merely to please shareholders, saying there was still “tremendous value” in the company sticking to what it does best.

“You have to be realistic and understand that all corporations have a duty to maximise value for their shareholders,” he said. “Any company becomes a little less fluffy in terms of human contact.

“But we know from the data that independent music over-indexes amongst Spotify’s most profitable customers,” he added. “People who are prepared to pay £9.99 are listening to more independent music than the rest of the population.”

Unlike some digital music services, Spotify has always been seen as indie-friendly and was one of the first licences struck by indies licensing body Merlin. All eyes will be on Spotify’s next earnings call, due February 6, to see if there will be any new announcements or changes in strategy after months of share price pressure. But Pacifico warned it would be a mistake to prioritise more mainstream music in pursuit of profits.

“Independent music has way lower skip rates than the rest of the catalogue,” he said. “Spotify’s most profitable customers, who are listening to the stickiest content, are fans of independent music.

“It’s in everybody’s interests that music consumers everywhere have a fantastic experience with music,” he added. “And [that won’t happen] if all they’re getting served is mass market pop that goes against where the real value is.

“So I’d suggest if the public Spotify is interested in shareholder value, its future is vested in the independents. We’ll be pushing hard in all directions to make sure that’s the case.”

Spotify recently expanded its international reach to 78 markets by launching in 13 new markets in the Middle East and Africa.

* To read Music Week’s full story on what the knock-on effects of Spotify’s IPO mean for the music industry, see our Review Of 2018 issue, available now, or click here. To subscribe and never miss a vital music biz story, click here.