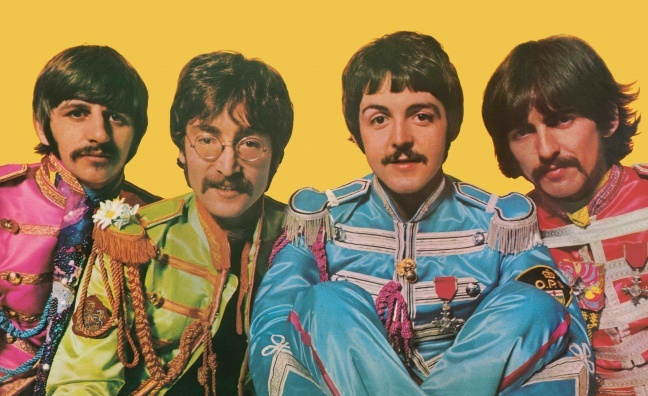 The Beatles fans on TikTok are now able to follow @TheBeatles, an account dedicated to the legacy of John Lennon, Paul McCartney, George Harrison, and Ringo Starr.

The account will post exclusive behind-the-scenes footage from Let It Be sessions (the subject of Get Back, a Peter Jackson-directed documentary coming out in November) along with deep dives into the creation of individual Beatles songs, featuring interviews with McCartney and Starr.

The Beatles’ arrival onto TikTok has happened alongside the global release of the Let It Be album remixed and expanded Special Edition by Apple Corps Ltd, Capitol, and UMe. It also marks the beginning of #Rocktober, a month-long celebration of rock musicians on TikTok. The hashtag has already reached 1.5 billion views around the world.

With the tag #TheBeatles being shared across the platform, creators on TikTok are also able to soundtrack their videos with 36 of the most widely known songs from The Beatles catalogue. The Let It Be album’s 12 songs have been made available as soundtracks for videos, including hits like Get Back, Across The Universe, Lennon and McCartney duet I’ve Got A Feeling, and the Harrison-penned I Me Mine, the last song The Beatles ever finished as a group.

The Beatles have also provided all of their No.1 US and UK hits for creators to use as officially licensed TikTok sounds, including 1962’s Love Me Do and 1970’s The Long and Winding Road.

Lennon’s solo catalogue was launched on TikTok last October to celebrate his 80th birthday, whilst McCartney joined TikTok last December to help celebrate the release of his new album McCartney III. This past July, Starr also joined TikTok as part of his annual #PeaceandLove birthday celebration, and Harrison’s solo catalogue was launched a month later, celebrating the release of his All Things Must Pass album in a special 50th Anniversary Edition.