'The possibilities are endless': Emeli Sandé partners with MelodyVR 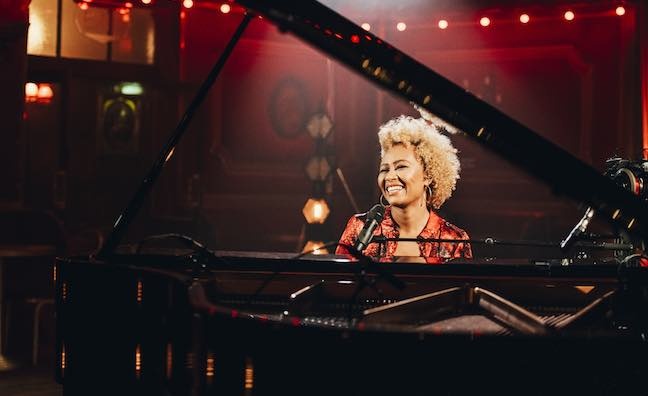 MelodyVR has bolstered its roster of exclusive content with a performance by Emeli Sandé.

The performance at Rivoli Ballroom was filmed for the MelodyVR CloseR series. The partnership also includes a behind-the scenes interview.

“I really wanted to make a VR experience for my fans because it’s something I’ve never done before and the more I learn about VR, it seems the possibilities are endless,” said Sandé. “When I start my music, it’s normally from a very intimate place usually at the piano, so inviting the listener into that embryonic stage of the song process felt really exciting.”

Sandé released her third album, Real Life (Virgin EMI), in September. The LP peaked at No.6 and has sales so far of 20,071, according to the Official Charts Company.

MelodyVR performances are available on-demand on smartphones or VR headset and aim to transport viewers to the venue. The company has recently secured a deal with O2 offering customers access to the VR service via 5g.

The company has recently partnered with artists on performances including Luke Combs, Of Monsters And Men and Tory Lanez.