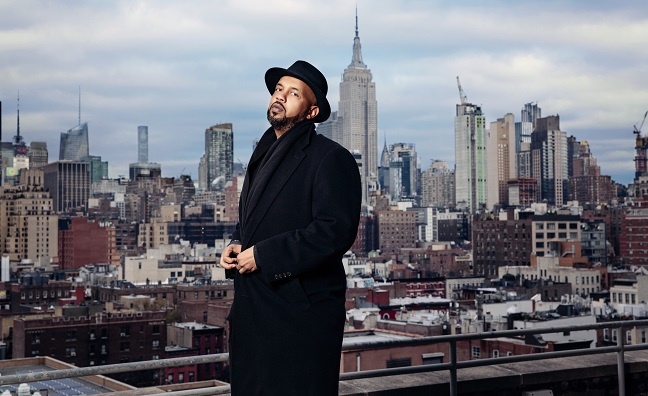 According to Tuma Basa, music is becoming borderless, and YouTube is leading the revolution.

Formerly of BET, Revolt and MTV, hip-hop encyclopedia Basa has been working his magic in the music industry for a while now, but he really came to the fore at Spotify, where he led the rebrand of the RapCaviar playlist.

Breathing life into the playlist at first, Basa’s work would revolutionise streaming platforms’ approach to playlisting, creating brands and pulling in millions of subscribers. More than that, though was what Basa’s changes could do for artists.

Among RapCaviar’s biggest success stories under Basa were Rae Sremmurd, Migos and Lil Uzi Vert, whose daily streams rocketed from 442,000 to more than a million thanks to one placement.

In 2018, Basa joined Lyor Cohen’s YouTube revolution, arriving as director of urban music. For this week’s cover story, we met Basa at his office in New York, to hear his vision for the future of music. Dig into an extract from our interview below…

“It’s [about] staying close to the zeitgeist. My previous experience was with a domestic US audience. Then, at Spotify, all of a sudden, you're getting information from all over the world. So your point of view changes from national to global. And that's very much influenced my activities at YouTube. This is global. YouTube and social media are making the music world smaller. If I'm an artist in Sri Lanka, if I'm hot enough or good enough, I can reach wherever. I’m able to observe all this activity and cross-pollination, how people outside of their core market are being received. It changes the scope of the audience, and YouTube does that the best. The world is becoming smaller. And music is becoming borderless. Everything comes out at the same time now. Breakfast Club does the interview, it goes on YouTube and then you then the whole world sees it at the same time, whenever they want.”

How would you define your role?

“However you define the parameters of the culture, whether it's hip-hop, urban music, African culture or pan-African culture, I'm a representative. I have citizenship and I have a duty as a citizen. It’s hard to define what urban is anymore, it is growing every day. Urban is mainstream now, that's the reality. The question is what do you do with that, the visibility? That’s a question that requires discussions and leadership. Hip-hop is 45 years old. What about the next 45 years…”

What’s the most important thing new artists should know?

“One day I'm going to write a book on curation, and this is a quote I was going to save for that: work hard, smart and work art. Work art means work artfully. Even when you're marketing music, when you're promoting, doing photo shoots, have fun with it and be creative at all times. Because everyone is working hard. There are a million artists. Everyone is working smart. They have teams, every team has strategies, some work and some don't. How do you decommodify? You put your own flair, your own energy into it and do something unique. You start with the art and you make sure that's dope. So that when you work smart and you execute with your team, your vision energises and people buy into it. It’s not enough to work hard anymore. It’s not enough to work smart; you have to have all three. And you have to go rigorous and then start again. If you’re an artist it doesn’t stop.”

Technology has impacted music greatly during your career. How have you approached it?

“When I was at MTV, the blogosphere was really building. Even within MTV, you were the underdog if you were a specialist in hip-hop or R&B, so my philosophy was to use technology to your advantage, for early indicators and signals. I never I never looked at as a threat. At Revolt in LA, there were a lot of kids there and they gave me energy, they put me on to things like Snapchat, Spotify, Vine... It kept me so digital. Working at YouTube is not only about representing, but making sure that we share knowledge and don't let anything slip through the cracks. We’re in London just as much as Sydney, Chicago or Lagos. We’re really in it, making sure those connections happen.”