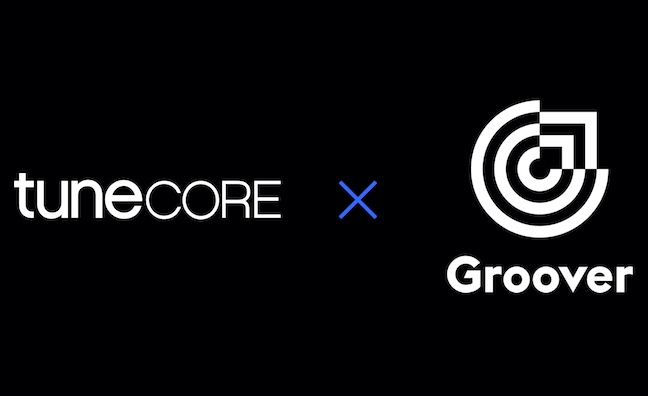 TuneCore has partnered with Groover, an online platform which allows independent artists to connect with music industry tastemakers and professionals.

The partnership will allow DIY artists to engage Groover’s worldwide network of music professionals, independent playlist curators and radio stations to receive guaranteed feedback on their music and gain exposure.

Songs can be sent at any stage of release, from demos to tracks that have already been distributed to platforms. Groover allows artists to target specific music professionals for feedback.

Andreea Gleeson, CEO of TuneCore, said: “TuneCore is focused on helping indie artists make their music better and become better known. We do this by providing artists with the tools they need to improve as music creators while equipping them with the skills they require to gain traction with their careers. With Groover, we’ve found a like-minded music platform which exists to support artists in the same way, aligning perfectly with TuneCore’s priorities.”

Earlier this year, TuneCore launched its new pricing programme, which includes a free tier and unlimited releases. All TuneCore artists will receive a discount on their next Groover campaign, VIP service, including artist support via direct chat on the Groover website, and personalised recommendations of relevant contacts and curators for their music.

Groover co-founder Dorian Perron said: “Serving independent artists every day and helping them break the wall separating them from music curators and industry professionals is what drives us forward since we started Groover four years ago. When we think about independent artists and how to help them grow their careers, it’s impossible not to think about TuneCore. With the launch of their unlimited plans, they have shown how much they understand the evolving needs of music creators. This is why Groover is excited to partner up with TuneCore to empower independent artists to release their music, get their tracks heard by industry professionals, build up their network and get the visibility they deserve.”

Faryal Khan Thompson, VP of international, TuneCore, added: “Groover’s global presence and deep connections to industry partners give all TuneCore artists access to high level input on their music. That feedback is important to all artists but for music creators in emerging international markets, the previously gated availability of musical expertise is especially valuable.”

As an additional benefit, independent artists using both TuneCore and Groover will be automatically considered for the new Breakout by TuneCore & Groover playlists featured across major streaming platforms, as well as future promotional opportunities and artist spotlights on Groover’s social media channels.