"Voice activation will be huge in 2018": Digital execs on Alexa and the future of the music business 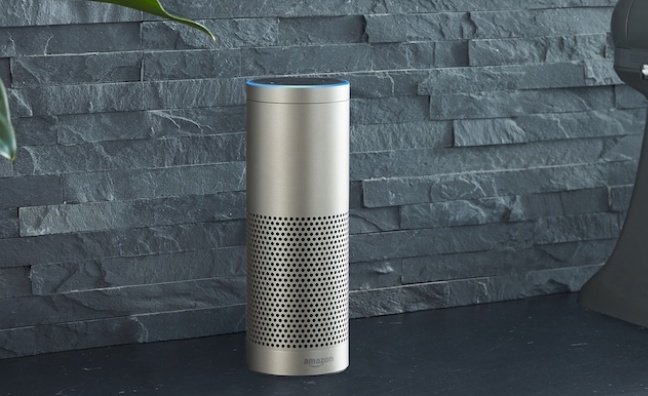 Voice control and interactive AI has been coming for a while but 2018 could be the tipping point for the music business, according to leading digital execs.

With potentially millions of music fans unwrapping smart speakers over Christmas, the industry could be about to benefit from a further revenue boost as premium streaming subscriptions reach new demographics.

“Voice activation will be huge” in 2018, according to Alexander Holland, chief content and product officer at Deezer.

One recent report suggested that 24 million smart speakers would be shipped globally in 2017, with Amazon taking a 65% market share on new sales.

“Amazon are very bullish about the amount of streaming that they have coming from their service, and that is obviously being driven by interaction with the devices,” Adrian Pope, PIAS chief digital officer, told Music Week.

While Amazon is the clear market leader at this stage and has been expandibg voice control to mobile, Apple is launching its HomePod this year and its acquisition of Shazam signals its ambitions for voice control and recognition.

“Apple have just missed a massive opportunity by not getting their device out to market this Christmas,” said Sammy Andrews, CEO and founder of Deviate Digital, which provides a 360° digital service for the industry. “There’s no doubt Google and Amazon have a lead here now and Apple are going to have to play catch up.”

Sonos launched its London concept store in the autumn around its release of the heavily-marketed Sonos One, the company’s first interactive speaker that works with Amazon Alexa straight out of the box via various streaming services.

“We’re at an exciting stage where voice is only just beginning,” said producer Giles Martin, who oversees The Beatles' catalogue and is Sonos’ head of sound. He described the streaming market as having passed a “tipping point” that made voice control an increasingly popular option as new subscribers get to grips with premium music services.

“Voice activation will undoubtedly drive streaming further,” added Andrews. “We have entire generations of people who have never considered streaming subscriptions before, that are now accessing music via their smart speakers.”