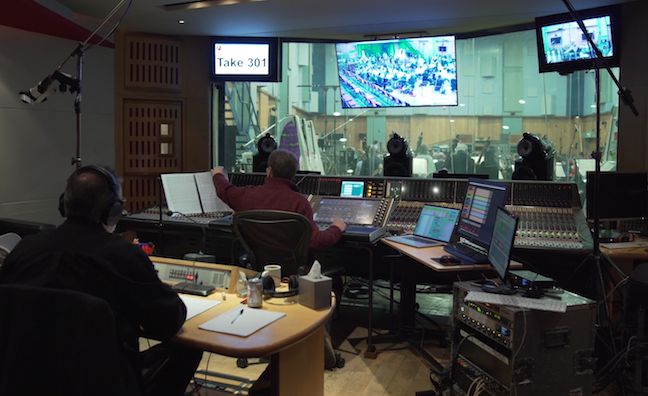 Warner Classics is launching the 3D Classical Collection – a playlist of 35 of the greatest classical tracks recorded by the London Philharmonic Orchestra & Choir and British conductor Ben Gernon – exclusively through Amazon Music.

Amazon Music HD has a growing catalogue of 3D Audio, as well as more than 60 million songs available in High Definition (HD) and millions of songs in Ultra HD.

“Our aim has been to ensure that each track has the edge of live performance to create the electrifying sensation of living inside the music,” said Gernon.

“Since the dawn of the music recording industry, the dream has always been to reproduce the classical concert experience as closely as possible,” said Bertrand Castellani, VP A&R, Warner Classics & Erato.

“The 3D Classical Collection goes one step further: each track completely submerges the listener in the orchestral sound experience. What could be more exciting than to step into the midst of the London Philharmonic Orchestra at Abbey Road, with the young and talented Ben Gernon on the conductor’s podium? This new dimension in sound reproduction opens up creative perspectives that we look forward to exploring in the coming years.”

Markus Petersen, SVP, Warner Classics & Erato, added: “With the 3D Classical Collection Warner Classics has produced an essential classical album that maintains the highest artistic standards while showcasing the full possibilities of Dolby Atmos. In recent years we have found Amazon Music’s listeners to be especially keen on classical music, and the arrival of Amazon Music HD in 2019 opened new horizons for them and for us. Quality of both performance and sound really matters to classical listeners. Here we have the London Philharmonic, an exciting and respected young conductor, a first-class production team, a legendary recording studio and, of course, some of the world’s greatest music. Together, in Dolby Atmos, they create the ultimate experience in immersive sound.”