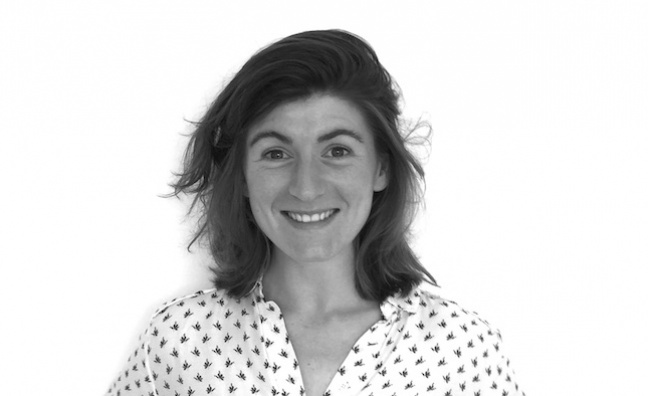 Streaming platforms have been focused on single tracks and playlists in recent years, but as physical sales continue to decline they are increasingly seen as the saviours of the 70-year-old album format.

As revealed in the latest issue of Music Week, DSPs including Amazon Music, Apple Music, Deezer, Spotify, YouTube Music and 7digital are supporting National Album Day, the industry initiative led by ERA and the BPI and organised by Record Store Day’s Megan Page. Unlike RSD, though, National Album Day is agnostic when it comes to the issue of physical or digital.

Now Deezer has opened up about its album plans as it reveals data on consumption exclusively to Music Week. As well as unveiling the Top 20 streamed albums so far this year, Deezer has revealed how much of its global music consumption is based on users listening to albums - 16.3%, the third largest source of listening. That compares to 34.07% for editorial playlists, the biggest source of consumption; tracks saved as users’ favourites account for 20.91% of listening.

Kim Bayley, ERA CEO, said: “Digital services like Deezer have been instrumental in ensuring music fans can access a broad array of content in the best way for them. Our research shows that the majority of fans including teenagers listen to albums on a weekly basis and the breadth of content in the Deezer chart speaks to the album’s continued relevance and broad appeal.”

In addition to revealing its Top 20 list below, Deezer will also celebrate National Album Day on its homepage with nods to the best albums of 2018, the most iconic LPs of all time and a fp genre albums. Here, artist marketing senior manager, Marie Lallia, opens up about the DSP’s strategy for albums and helping to create career artists…

Do you think the album has a future?

“This is a question that has been floating around for a while. The truth is that streaming has been in existence for about 10 years and albums are still here, so I absolutely think that albums still have a future, predominantly because it’s part of the creative cycle for an artist and it makes so much sense. The beauty of streaming is that it allows artists to release tracks when they feel like releasing tracks, and EPs if they’ve only got a selection of songs and that’s what they feel like releasing. But the album is, of course, a format that still exists because of the creative cycle around the album, and working for a number of months on a whole body of work, on a concept and on a story. That’s still important for artists, it’s just that streaming allows more flexibility and you can deliver your music under other formats and they will be supported equally.”

How do you support albums?

“As a platform, Deezer does give a lot of room to albums - on the home page we feature the new releases, and on the genre channels. We feature albums whether it’s new releases but also key albums for that specific music genre. On our Flashback channel we promote albums that have lasted generations and moved a generation, we celebrate those albums’ anniversaries. So in terms of product, Deezer does feature albums a lot. It’s about how do you make a user - who would usually click on a playlist because it fits a theme, or a mood or a music genre that they want to listen to at that time - curious about one album and one artist in particular? That’s very much what we try to do in the artist marketing team, we try to make casual listeners and passive listeners become fans. For that you need to give context, you need to raise the artist’s profile, whether it’s interviews, whether it’s just talking about them on social media, whether it’s using newsletters to give a bit more context to an album, which is a body of work and something that you have to want to dive into, and understand what the artist is trying to say. It’s more about managing to raise our users’ curiosity and make them excited about an artist and their story and then dive into the album."

Is the survival of the album important for Deezer?

“Yes, because we need music fans, we need super active users, we need people who are really engaged with music. Listening to playlists in a passive way is something that some of our users do and that’s fine. But we want people to be fans, to need to listen to music and want to listen to music every day, and that’s something that you do by creating the contact and interaction between the artist and their fans - and new fans as well.”

How can you make playlists boost album listening?

“Something that we’ve been trying to do with single releases and instant grats before an album release is putting those in a playlist that’s dedicated to the artist - our 100% playlists - then when the album’s out you’ve gathered some fans around that playlist and it also makes sense to pop the album in there for a while. The whole idea behind an album is telling a story and it’s how the tracks come one after the other. Whether that’s done in a playlist or whether it’s done in the actual album product, I think it’s respectful of how the artist presented it. That’s also something that playlists do help with, because you can fit those tracks in any playlist that comes in as support for the album. People will hear the single but then they will hear another track from the album in another playlist. It’s getting people to hear the music first, getting excited about an artist and then diving into the album.”

Are you working closely with labels?

“Yeah, we do. What we try to do in artist marketing is build profile around an artist, around a band, and that of course implies working closely with the labels to echo what they’re saying as well and work together.”

To read Music Week’s story on the future of the album pick up the latest issue - or subscribers can click here. To subscribe and never miss a big industry story click here.