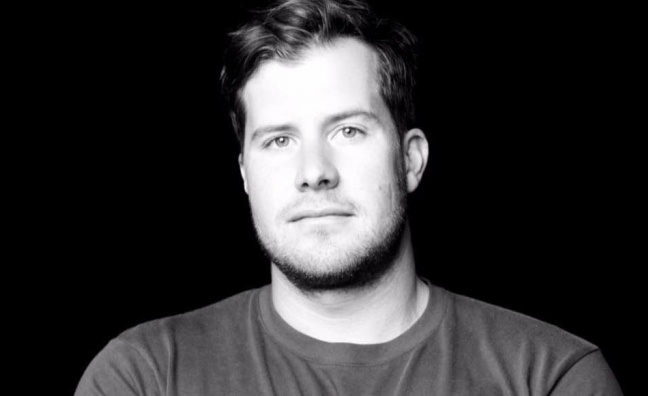 In his role as vice president of music business & partnership, Karvinen will be responsible for building partnerships between metaverse-native virtual artists and brands, as well as with real-life artists, to drive interactive fan experiences.

Adrian Karvinen has over 20 years of experience in artist management, including at Three Six Zero, A&R and creative consulting. He has positions at labels within Sony Music Entertainment and Universal Music Group, and has worked with brands like Gucci, Chanel and Acne. Karvinen was involved with campaigns for international artists such as Starley, Jarami, Say Lou Lou and Skott.

Most recently, he served as the director of North America and head of crypto integration and catalogue acquisitions for Snafu Records, the Swedish/American AI music company. In this role, he developed the North American operations and team during the pandemic and signed records from Hitboy, Big Sean, Iamnotshane and Confetti.

In 2022, Karvinen moved on to leading Snafu's catalogue acquisition arm, Fine.Art, where he funded $2 million in deals in eight months.

Hume has raised $11.7 million from backers including TCG Crypto, Winklevoss Capital and Gmoney. It has launched a new platform called The Spot, which enables fans to participate in creative decision-making, as well as hosting a songwriting camp at Art Basel in partnership with the generative audio project Blocktones.

“I’m thrilled to be joining Hume at such an exciting time in its newest phase of growth,” said Karvinen. “I’ve been a longtime fan of anyone pushing the boundaries with new technology and ideas, and I was instantly sold on the vision of helping virtual artists scale. I’m proud to support and grow a company that is at the forefront of defining a new generation of music.”

“Adrian’s hiring reflects our belief that the traditional entertainment industry is ready for metastars,” said David Beiner, co-founder and CEO of Hume. “Adrian’s proven track record with record labels, artists, and brands will add an important element to Hume as we look to grow our roster of metastars and increase our fan base beyond Web3.”

Hume has just debuted its next virtual artist Clio, who will work closely with Web3 artist and Fluf World character Angelbaby.

The company, which was co-founded by David Beiner and Jay Stolar, is based in Los Angeles with a global team of employees across Brazil, California, France and Argentina.