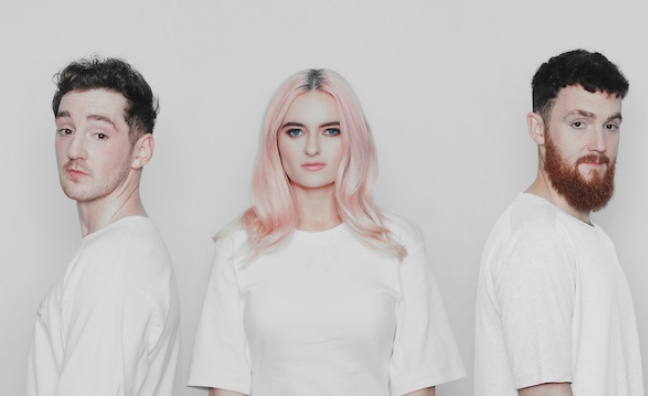 The festival is a spin-off from Clean Bandit's House Party DJ livestream, which they hosted every fortnight during lockdown.

Watt, MD of YMU’s music division, explained: “They floated the idea of creating a virtual club with DJs from around the world so a 12-hour event could start in Australia and end in US and be tailored for each market. They wanted to use this idea to effect positive change in some very challenging times. The band are passionate supporters of the work that Global Citizen are doing to help alleviate global hunger so we took the idea to them and together they created House Party Against Hunger.

"Once the line-up was set we started the conversation with YouTube who are the streaming partners for the event, have a long-standing relationship with Global Citizen and have been hugely supportive. We are now working with the respective DJ teams to deliver performances that work together visually and using their respective social media platforms to promote the event’s incredibly important message."

The new paradigm of no live shows for the foreseeable future has forced everyone to be creative online, delivering events that work for global audiences rather than local audiences

Watt said the absence of live shows for the foreseeable future had forced artists to get creative online - delivering events that work for global rather than local audiences.

"It feels freeing and fun to be able to deliver an event to a worldwide audience," he added. "Our aspiration is to make House Party Against Hunger a huge success, then make it a regular event online and one day, in the not too distant future, with a physical audience. Clean Bandit want to use this platform to consistently highlight how hunger strikes at the heart of vulnerable people and communities."

Set times will be announced on Clean Bandit's social channels. The band said they have chosen to collaborate with Global Citizen to help drive impact to alleviate global hunger at a time when the pandemic threatens to double the number of vulnerable people facing starvation around the world.

“The world desperately needs more empathy," said the trio. "That's why we're backing Global Citizen's campaign calling on world leaders to do more in the fight against hunger - and urging our fans looking forward to our all-day house party on August 8 to head to their social action platform and support the campaign too. It's not about donating money. It's about raising your voice."