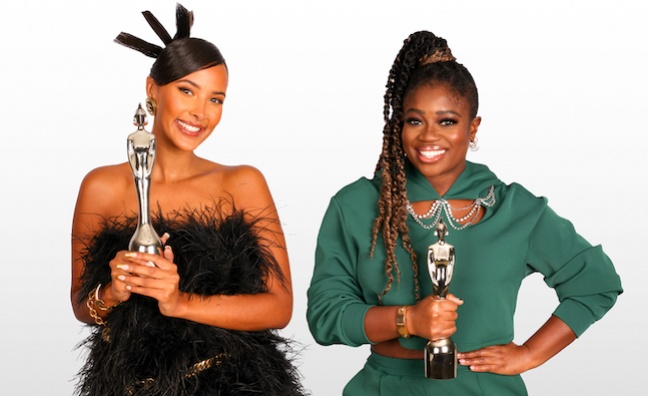 The BRIT Awards nominations show, The BRITs Are Coming’, will be livestreamed on YouTube.

The one-hour show will be hosted by Clara Amfo and Maya Jama, who will reveal the nominations for the 2022 BRIT Awards. Confirmed performers include Anne-Marie, Joel Corry, Mabel, Mimi Webb and Glass Animals.

The livestream will take place on the Official BRIT Awards YouTube channel for UK and international viewers, alongside the ITV and ITV Hub broadcast from 5pm on Saturday, December 18.

As the home of the official livestream on YouTube, audiences around the world will be able to watch the nominations, the run-up to the awards and the performances on-demand afterwards. Fans will also be able to watch exclusive behind-the-scenes footage on the night on YouTube Shorts, as well as listening to artists' playlists on YouTube Music.

YouTube Music also sponsors the 2022 Artist of the Year award.

There will be a total of 13 awards given out at the BRITs this year, including four new genre-based awards, and, for the first time ever, an International Song of the Year category. The ceremony is sponsored by Mastercard.

Geoff Taylor, chief executive BPI & BRIT Awards, said: “The BRIT Awards are not just the biggest night in British music, they command a growing audience all round the globe. We are delighted to partner with YouTube Music and YouTube Shorts to bring fans up close and personal with all the action. That begins with a stellar line-up of performances as we announce the nominees this Saturday, broadcast on ITV and streamed on YouTube.”

Dan Chalmers, director of YouTube Music, EMEA, added: “It’s such an exciting year for the BRITs with the addition of new categories.  We’re thrilled to help music fans be a part of the proceedings as they unfold live, wherever you are around the globe, right the way from the nominations live on YouTube, to what’s happening behind the scenes on the day on YouTube Shorts.  Never has it been so easy to get close to the action, wherever you are.”