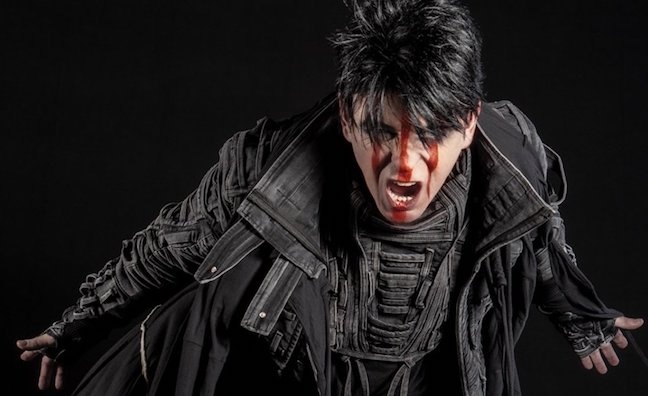 Electronic music pioneer Gary Numan hit No.2 with his last record, Savage, and is soon to return with Intruder (BMG), an examination of the Earth’s future. Here, he talks chart success and inspiring others...

Intruder picks up on the climate change themes of 2017’s Savage, was that always the intention?

“No, not really. On Savage, climate change simply sets the environment of this possible future, but what I was actually talking about was the human condition, about how humans would react or evolve. I didn’t want to do a Savage part two. A couple of years ago my youngest daughter wrote a poem called Earth, which I thought was brilliant; it was about the planet and explaining how sad it was and how horrible people were. It was a childlike view of what was going on, but it was pretty cool and that planted the seed for this one. I thought, ‘Wouldn’t it be amazing if the Earth could speak?’”

Is she getting points on this record for coming up with the idea?

“Shhh, keep quiet. She hasn’t said anything about that yet.”

Savage was your biggest chart success since 1980. Did that surprise you?

“I don’t keep a tab on that sort of thing because up until the one before [2013’s Splinter] I hadn’t touched the charts for 35-plus years. Me getting in the chart became something I stopped thinking about decades ago. It just didn’t happen. And then that goes to No.2, it was just amazing. I cried like a baby when they told me that. It was as if somebody threw a switch. I think it was that 30-plus years of trying to get back to that position and all of the struggles and the ups and downs. That whole journey, which had been very, very difficult for a very long time, all of that pent-up emotion that I didn’t realise had been invested in all of that, it just went instantly. My wife came in and said it was No.2 and I cried for about 10 minutes, and because she’s evil she videoed the whole thing – 10 minutes of me blabbing like a fucking child.”

Successive generations of artists keep citing you as an influence. Trent Reznor is a huge fan and so is Lady Gaga, while Prince even allegedly called you a genius – it can’t get much better than that, surely?

“I’m a glass half-empty kind of bloke. It does mean a great deal to me and I’m very grateful for all those things that have been said. For Prince to say I was a genius, you can’t get much better than that! But with that comes a pressure to live up to it and I definitely feel the weight of that. In a way it feels like they’re talking about a character that I created in a book or film – this pioneering innovative person. I feel disconnected from it. I don’t stumble into the bathroom in the morning and think, ‘I’m that person.’ I think, ‘What you did in the studio yesterday was shit, you need to do a lot better today!’ It’s the total opposite. I find making albums really stressful!”