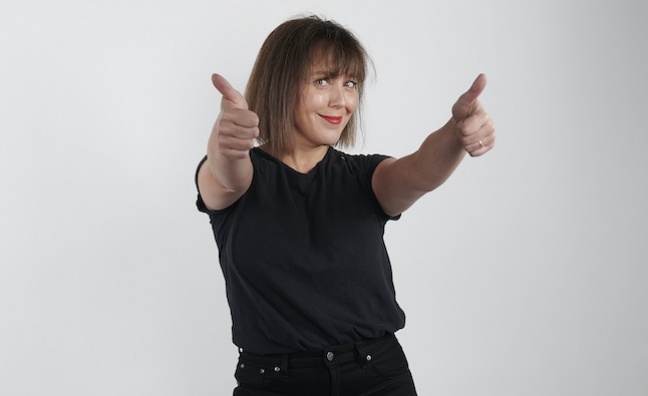 You launched the company at an uncertain time – how have you found the last 12 months?

“The pandemic probably allowed us the space – it felt like it was the only time and opportunity to do something. I probably would never have done it outside of the pandemic. So it was really scary, we announced it ahead of Christmas [2020] with no shows. We just went for it. It’s not been easy when touring’s up and down. No one knows what’s happening the next day. Or if they say they know, they’re definitely lying, because it’s just total carnage at times in every market. I just wanted to be a good agent for my roster and not worry about the bigger problems that everybody’s having. So this was Mark and I regaining some control of an uncontrollable situation, and trying to do something about it.”

Do you think the live music sector is becoming more inclusive for female agents?

“It has changed from when I started 21 years ago. There weren’t many female agents then and there are some incredible female agents now. There is a stage when women want to have kids, so it’s still very different for women, their trajectory and how they build as an agent. A lot of women in this industry will have that in their mind, and the fear is being in a company where they’re not going to be able to build as well as their male counterparts. You know, there aren’t changing mats in everybody’s offices, there isn’t this conversation when you join a company about, ‘If you have a kid, this is what we can provide for you.’ It’s almost not talked about, and we have to talk about it.”

Idles booked four nights at O2 Academy Brixton last month – where can they go from here?

“We see them as headliners of festivals. We’re going to have to get to arenas at some point, but by no means are we in a rush to do that. This is 10, 12 years in the building, we see them as a global band. It’s why management and the label made an executive decision to make sure that the States was a priority with this record [Crawler]. Idles are extremely hard-working, so we see this going all the way. But we’re not afraid to put in the work and take the right steps.”

We see Idles as headliners of festivals

“I think so. When the pandemic started, if you were Idles level, First Aid Kit or Tom Misch, there were other means of income. But for mid-level to smaller bands, it’s been incredibly detrimental and really tough to survive. So we have tried to put in touring wherever we can to help bands with income. In terms of trying to find the right balance for building an artist, it is probably one of the toughest times in the live industry. But I’ve got huge hopes for Thomas, he’s incredible, both him and CMAT.”

Have you been able to secure venues in 2022?

“It is so busy. I’m often saying to artists that if we can’t tour at the beginning of the year, let’s just look to 2023. You’ve got to be very honest at this point and communicate with managers about the realities of where you’re at. For festivals, you’ve got three years’ worth of bands wanting to tour a summer.”

Is Brexit still a hurdle for acts touring Europe?

“Twelve of the main countries have got a deal in place with the UK now, so that it makes it easier and they’re not having to pay for visas. But obviously you’re having to go into some countries that don’t yet have a deal. As an industry, we’ve always been good at finding solutions, and that’s exactly what we’re doing. But before there were any deals in place, we had issues with carnets. When Brexit first happened, you weren’t able to take cargo and you could only go to three countries before you went back to the UK, which is impossible for a touring band. It is being worked out but we’re having to route our tours to best suit the [visa-free] deals that are in place.”

Finally, how is it working with your brother?

“We’re really honest with each other. We’re also really good at different sides of the business. So far, we’re complementing each other. Because he’s running the management side and I’m running the live side, we’re not stepping on each other’s toes. We’re working together sharing the same ethos, culture and team. So far, so good. I’m sure we will have disagreements, but we’ll be fine the next day.”