On The Radar: Ayra Starr 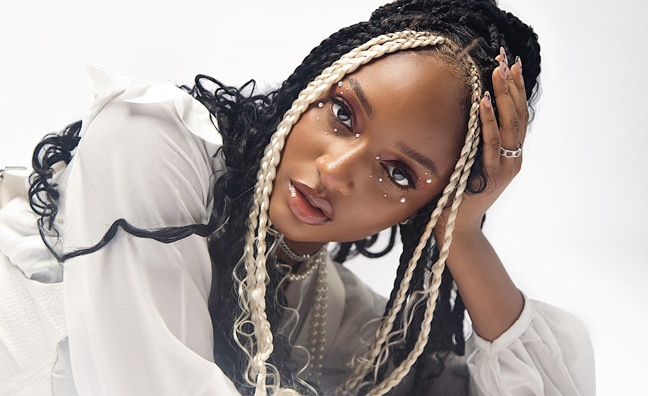 With millions around the world falling for her progressive sound, Ayra Starr’s rise is already stratospheric. We meet the Nigerian trailblazer to talk empowerment, revolution and hits...

"I always say, I’m a global superstar who lives in Lagos,” says Ayra Starr. The 20-year-old tells it like it is, and is already well on her way to achieving the superstar status she knew was “God’s plan” when she settled on her celestial stage name.

Born Oyinkansola Sarah Aderibigbe in the Republic Of Benin, the West African artist has spent the last two years amassing a Gen Z audience of millions worldwide. Starr is a magnet for young people who resonate with her fresh, honest sound, one that glides effortlessly between R&B, Afrobeats, Afrofunk and neo-soul, telling tales of heartbreak, self-empowerment and quashing stereotypes both in English and her native Yoruba.

Starr signed to Lagos-based Mavin Records after its founder, legendary producer and artist Don Jazzy, spotted a post of her singing an original song, Damaged (now called Toxic), on Instagram. Studio sessions soon resulted in her debut album, 19 & Dangerous, released just over a year ago. To date, its tracks have been streamed 83 million times – the standout smash, Bloody Samaritan, recently surpassed 25 million streams on Spotify and has sparked some 462,000 video creations on TikTok. The track even caught the eye of Kelly Rowland, who joined the dance craze for the hit and is set to appear on an upcoming remix.

“At first, I didn’t even see that myself,” admits Starr, on the phone from Lagos. “My mum was the one who found it. Sometimes I like to step away from social media – my sister runs my Instagram for me – and so my mum was like, ‘Did you see? Kelly Rowland!’ And then Kelly reached out and said, ‘Ayra, I want to be on the Bloody Samaritan remix.’ It wasn’t even me asking – she wanted to do it. And she bodied it! I was so happy.”

Alongside the likes of Tiwa Savage and Tems, Starr is one of a gradually increasing number of young female artists breaking through from the thriving Afrobeats scene. And the singer recognises the power that comes with being a trailblazer in this space, which has seen a raft of male success stories including Wizkid, Davido, Burna Boy, CKay and more.

“There was nobody who did it like me,” she says. “Nobody I could look up to. No one. There’s a double standard on women making music in Africa. If a guy talks about something [sexual], he’s a bad boy, it’s a good thing. But if a girl does, people are like ‘Who raised you?’”

At a concert in Benin City last year, Starr recalls the backlash she received when removing her jacket on stage. Despite the fact her male peers often perform shirtless, she was seen to be showing too much flesh.

“I was like, ‘Calm down!’ But I feel like I’m part of the revolution,” she says. “Sonically, mentally, I’m opening the minds of Nigerians and Africans with the way I dress, the way I speak and what I sing about. There’s going to be a wave of younger, amazing female musicians who can do what they want with less criticism.”

Mavin gives Starr the freedom to experiment and discover who she wants to be as a young woman.

Before she was discovered by Don Jazzy, Starr saw being signed to the label as an impossible dream, something she set her sights on as a pre-teen at boarding school in Nigeria, borrowing teachers’ phones to stream videos of other Mavin artists such as Di’Ja and Korede Bello. But as time went on, she wasn’t sure it would ever happen for her. As well as modelling from the age of 16, Starr even considered a career in music management to help her brother and collaborator Dami get his break. Eventually, though, she got hers.

“I was running around the house screaming, ‘Don Jazzy just messaged meeeee!’” she remembers, sounding full of glee. “My auntie had to be the one to reply for me, because I didn’t know what to say.”

There’s an authenticity to Starr’s approach that has helped foster audience connection. She writes and records songs in the moment, without apparent label pressures to reach certain territories or connect on certain platforms.

“I think any song can be a TikTok song,” she reasons. “It just has to be good. I am just trying to make amazing music, not like, break any regions.”

Her faith has been a key part in maintaining focus.

“I said, ‘D’you know what, God, you do you from here on, I’m just going to do the music,’” she explains. “It’s great to see everything I’ve prayed for coming to pass.”

I'm part of the revolution – opening minds with the way I dress, the way that I speak and what I sing about

A great support system in her family and label has also helped give Starr her unshakeable confidence, alongside some sage words of advice from fellow musicians.

“I’ve been in the studio with Wizkid and he’s recording five songs in a day, and that’s after a show!” she marvels. “He’s always working. That inspires me. I met [Nigerian singer-songwriter] Patoranking once and he was like, ‘You’re doing amazing, but you’re going to have to work harder.’ I was like, ‘Um, I’m working hard already, what do you mean?’ But now it makes sense to me. To be who I want to be, I’m going to have to work a hundred times what any other person is doing. That’s stuck with me.”

And, with her family helping to manage her accounts, Starr is very conscious of the pitfalls of being too involved in social media.

“I’m a very self-aware person,” she admits. “So I make sure not to overindulge. When I feel like the first thing I do in the morning is check social media, I start to take a step back and say, ‘OK, no. I don’t like that behaviour.’ I don’t want to feel a dependence on who liked my post or watched my video.”

As for a new album, with around 500 unreleased songs, Starr says she’s in a period of discovery, about herself and her music. For now, a cloak of intrigue veils her next move.

“I have a list of names of different projects,” she says. “I’m looking for the one that stands out to me. When I have that, that will be the mission, where I explore, where I put my drive.”

With July’s successful UK debut gig at Wireless behind her (“London has the best audiences, you just have to stand there and they sing to you!”) and more dates in the pipeline, Ayra Starr will continue to rise.

“I’m myself, I’m versatile and I’m very confident in my craft and what I do,” Starr concludes. “I don’t set specific goals because goals change as things change. But the aim is to take over the world. Completely.”

RELEASES: 19 & Dangerous
LABEL/MANAGEMENT: Mavin Records
WHAT THE TEAM SAY: (Tega Oghenejobo, COO, Mavin Records):
“Watching Ayra Starr’s growth this past year has been phenomenal. It’s not yet been two years [since she signed], but she has gone ahead to do groundbreaking things – even more than I could have imagined – through hard work, consistency, and strategic planning. This makes the thought of what the future holds for her even more exciting. We are looking forward to seeing her on bigger stages, attaining new heights in her career and becoming even better.”