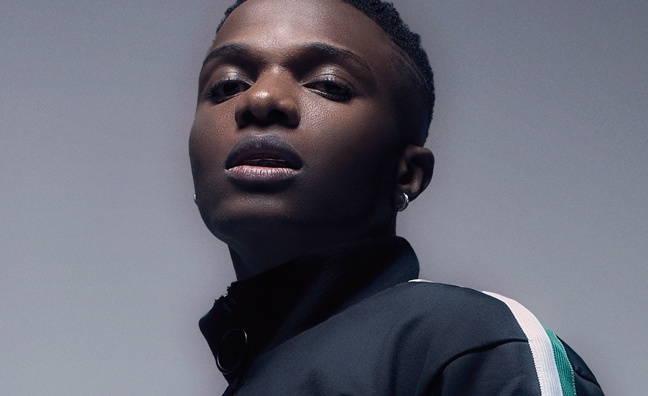 The Nigerian musician, who headlines The O2 on Sunday, November 28 as part of the London venue's Welcome Back Show series, launched label imprint Starboy Entertainment in 2013 and has gone on to sign future stars including Maleek Berry and Mr Eazi.

Starboy later spawned a clothing line, a product of Wizkid’s love of high fashion (he has walked for Dolce & Gabbana and Naomi Campbell is a close friend).

“Yeah, yeah, I’m a businessman,” said Wizkid. “I’ve been a businessman from early, I’ve always learned to fend for myself. At the end of the day, I have a large amount of people that I’m responsible for, so I would only be stupid if I didn’t maximise every opportunity that is in front of me. They say you’re only as wise as the choices you make or the things you do. You have to be a businessman in this game if you’re trying to stay here forever…”

Afrobeats right now is in a very, very important stage, it shines a light on all the artists back home that people are listening to

Amassing almost six million monthly listeners on Spotify, where his most popular credited song is Drake’s gigantic 2016 hit One Dance, Wizkid has become a poster boy for the growth of Afrobeats.

“It’s real music that comes from the soul," he said. "Music is a universal language so you don’t really need to explain it - if it’s good music, people will gravitate towards it and the world is doing that. Afrobeats right now is in a very, very important stage, it shines a light on all the artists back home that people are listening to. People are listening everywhere.”

Wizkid, who bagged a Grammy earlier this year for his work with Beyoncé, stressed the impact that the increased exposure is having back in Africa.

“Everywhere I go people play my stuff, but still I feel it’s early days," he said. "I feel like I’m less than 1% of the population of musicians in the world that make good music. I’m just playing my part.

“I’m not making music for money. I’m here to make it forever because I just love making music."

Click here to read the full interview with Wizkid.