'The pool for black women is tiny': Nao charts her music industry journey and calls for change 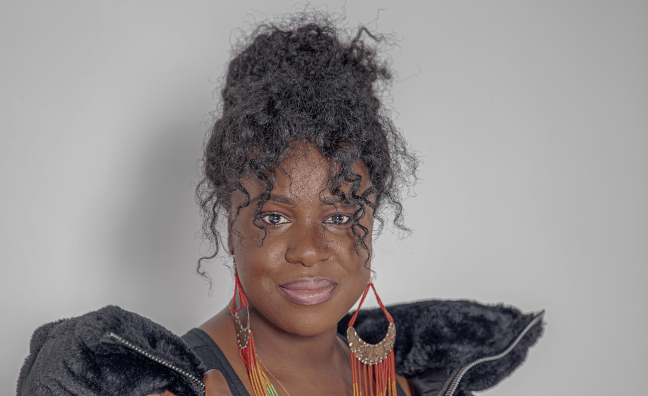 What with breaking via SoundCloud, signing a major deal and scoring Mercury and Grammy nods, Nao has taken the music industry by storm. Here, the East Londoner charts her journey so far and outlines her plan to amplify black women in music...

As an artist, what challenges have youfaced as a black woman navigating a white male-dominated industry?

“Being the face of my own project and being a black woman in the industry is a really interesting scenario. For a long time, black people haven’t been able to be the face of black music in Britain. We haven’t been able to lead in that space even though the music comes from us. That trickles down, not just from the artist perspective, but also through the industry itself: from record labels, booking agencies and promoters, down to technicians, lighting, sound and monitor engineers, it’s a space dominated by men, predominantly white men. And if there are women, they’re so few and far between and they’re usually white. The pool for black women is usually really tiny. As an artist, it’s like you’re doing black music but you’re having to do it in a white space. Navigating that is very tricky because some people can perceive black women as being too outspoken or angry if they want to push a particular idea. It’s been really difficult, but the one beautiful blessing is to see how diverse the audience is, to see black people, people of colour, and white people come together and show love, that’s personally what I find most rewarding.”

How has being dark-skinned affected your career?

“It’s changing now, but because record labels and radio stations have been in charge of people’s careers for so long, I guess they will tend to go for lighter-skinned women. It’s not just a music thing, we know that across all creative industries, lighter complexions are considered more personable, more commercial, more beautiful and so that has been a story for the longest time. As a result, darker-skinned black women are not represented and are not put forward because of the way beauty standards are set. It’s really interesting, because I came up through SoundCloud, so for all intents and purposes I was spaceless, I didn’t have photographs of myself out there, I went down a mysterious route in terms of who I was. I built my audience through SoundCloud and had a really big following before I signed a record deal. I do wonder if I hadn’t had such a big following already and been out on tour, would the record labels have been interested in me from the outset? The way I see it is, I had to do all the work first to prove myself.”

What needs to be done to amplify black women in the industry?

“Just trying to hire people that are the same as you and I, trying to get more women on the road. Being a woman, it’s nice to have other female energy around. The pool is so small for women in general, for women of colour it presents a real challenge. Because of that I, along with my management team, have started a course, which is about getting 10 black women into the music industry, specifically on the technical side. It’s about training them up as sound engineers, lighting engineers, monitor engineers and putting them on to tours – just to make the pool a little bit bigger. We’re just doing it bitesize at the moment because we want to make sure each person that gets trained up gets a job at the end of it.”

Is there more of a collective voice now?

“Yeah, there’s beginning to be. Right now, because there is a movement with Black Lives Matter, it’s definitely opened up the conversation of race and opened up people wanting to change. Prior to that, I think most black artists were just doing their own thing in their own corner, but there’s a lot of coming together at the moment, which is really beautiful. There’s an amazing story about Carla Marie Williams, she came to do some songwriting with me, and I looked at her after about an hour and said, ‘I know you from somewhere, I really know you from somewhere. I think you used to be my teacher’. When I was 15, I was doing this summer project at the Barbican with a choir, it turns out Carla was the choir teacher. What was really amazing about that project was that she has always stuck [in my head] since I was 15. She came bursting into the room, with this amazing energy and this uplifting spirit and her voice was crazy good. Growing up in Woodford, I’d never seen anyone like Carla, someone who was a singer who had this cool job, as far as I was concerned. I was just like, ‘When I grow up I just wanna be her. I just wanna be her’. We worked it out and I was like, ‘Oh My God, you kind of changed my life’.”