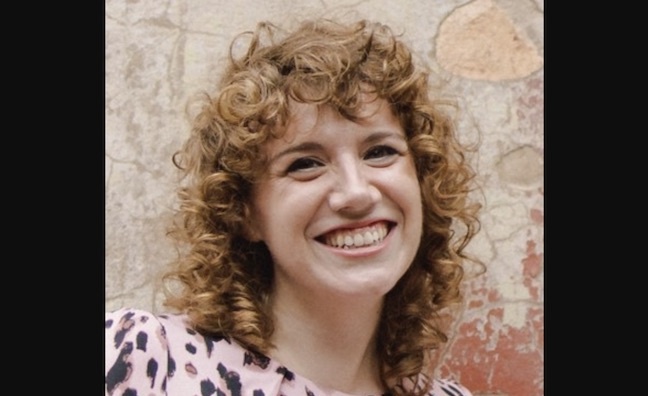 Rachel Bolland is director of operations and head of diversity at UK Music. Throughout 2020 she led the work on UK Music’s biennial diversity survey and resulting report, which revealed a 3.3% growth in the number of women working in the music industry. In response to continued challenges around representation across the music industry, Bolland worked closely with UK Music Diversity Taskforce chair Ammo Talwar and co-chair Paulette Long to develop the industry leading Ten-Point Plan to tackle racism and improve diversity across the music industry. The plan aligns metrics and data with strategic actions to drive sustainable change and boost inclusion across the industry.

Here, Rachel Bolland opens up about industry achievements, mentors and offers advice for the next generation of executive talent...

“It’s hard to describe how being included in the Roll of Honour feels. The first ceremony I attended was at the end of my first week at UK Music in 2018 and I was immediately struck by the sense of community in the room and celebratory spirit. One thing that really struck me was that women who had spent their entire career in the music industry were accepting awards and saying that this was the first time they had been recognised in this way. It really drove home to me how important the awards are, and it’s so incredible to be a part of that.”

“I feel like I was extremely lucky that one of the first places I emailed for work experience at the age of 16 a) actually emailed me back and b) turned out to be somewhere I would work for five years after graduating university. I’m not the only person around my age and older in the industry who spent a lot of time working for free or just having expenses covered. As much as it helped me get my foot in the door, I really hope it’s dying out. It’s unfair on the people doing the work and also means it’s an impossible path into the industry unless you have additional support to be able to live. I’m beyond grateful for the opportunities and experiences I had but I’m really pleased that unpaid internships are so frowned upon now.”

I'm really pleased that unpaid internships are so frowned upon now

“Not a formal mentor but the team at Transgressive really took me under their wing and I learnt a lot from them even before I started there full time. I was not the only employee who had transitioned from an awkward teenager on work experience to having a full time role, which I think speaks to the encouraging environment that they had created.”

“As an artist manager I think it would be Let’s Eat Grandma’s second album, ‘I’m All Ears’. I started working closely with them when they were 17, just before their first record ‘I, Gemini’ was released and it was such a joy to see them mature both musically and as people and we were all so proud of that record so to see it be so well received was amazing.

"At UK Music, it has to be the 2020 Diversity Report and the Ten-Point Plan. The whole team put an incredible amount of work into the report and I was very proud of the result. I’m also proud to have been involved in the Ten-Point Plan, as it was very important to both the Diversity Taskforce chair Ammo Talwar, the co-chair Paulette Long, and myself that the report was not just statistics that existed in a vacuum, but that some action was actually being taken.”

What advice would you offer young women to help them enjoy a successful career in music?

“I think it’s impossible to overstate how valuable it is to have a mentor. It can be difficult to find someone that you relate to but my advice would be to reach out to someone you come across who you think could help you or you think could understand you. They’re going to be flattered so don’t be scared to send them an email or a message! The UK Music Futures Group created a guide to mentoring, which can be found on the UK Music website.”

“It’s ok to admit when you don’t know the answer to a question and much better than pretending that you do and screwing it up. I’ve taken this advice to heart and in my experience people are never annoyed at you for asking questions, but they will be if you get something wrong – asking is the best way to learn.”

“You can never predict what’s going to happen, both good and bad. The events of the last few years have shown that you can never tell what’s coming down the line. I feel like the concept of the five year plan is almost out the window at this point. Try to take opportunities where you can and keep an open mind.”