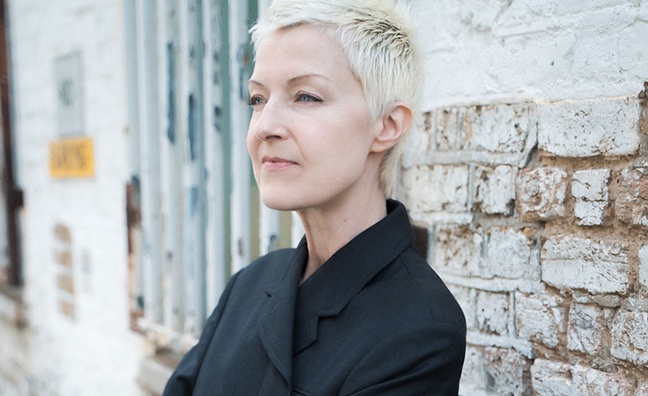 During this year’s Women In Music Awards, we inducted a further 14 game-changing industry executives (including one posthumous award) into the Roll Of Honour, in association with TikTok.

They join the pantheon of previous honourees, including some of the biggest names in the business, from Emma Banks and Sarah Stennett to Kanya King, Rebecca Allen and Stacey Tang, that have been selected since the awards began in 2014. The Roll Of Honour aims to highlight the breadth, depth and variety of individuals who are game-changers in the music industry, with their activities consistently benefiting women, or focusing on empowerment/gender disparity.

At 18, Mary Anne Hobbs ran away to London and lived with a band in a bus in a car park for a year. She never looked back.

Hobbs’ first love is radio, but she does a lot more. She has toured the world as a live DJ and curator for 17 years. In 2022, she played at Primavera in Barcelona and has supported Björk at Blue Dot festival at Jodrell Bank. She also brought her pioneering All Queens takeover to the BBC 6 Music Stage at All Points East in London for a second year running.

Hobbs took All Queens to Fabric for International Women’s Day and instigated a takeover of all-female DJs and all-female staff for the very first time at the iconic London club. She curated Queens Of The Electronic Underground at Manchester’s Ritz, and assisted David Lynch with his live music showcase at Manchester International Festival in 2019, following on from her radical Dark Matter gig series at MIF 2017.

Hobbs curates, creates sound design and DJs at major cultural events, such as Sónar Festival in Barcelona and Tate Modern in London. In 2015 she staged a BBC Prom at the Royal Albert Hall in London with Nils Frahm and A Winged Victory For The Sullen with dancers from Wayne McGregor’s company.

Hobbs also worked on the soundtrack with Clint Mansell for Darren Aronofsky’s Oscar winning film Black Swan, which was nominated for a Grammy.

Hobbs has developed mentoring projects for over 10 years. She is one of the founders and  ‘godmothers’ of the BBC’s Open Music Project, training and mentoring 30 young artists from communities across the UK, which led their own BBC Prom in 2022. She also created the ongoing mentoring project for refugees and vulnerable young people with Open Music Lab in Berlin. In addition to this, Hobbs founded a Lockdown Mentoring programme, which is ongoing. She spent one year at Sheffield University Student Union in 2011 reimagining their Media Hub. She is currently writing an experimental series of daily tweets, not-a-memoir, but an exercise in smashing her own algorithms, as well as those of social media.

In addition to extensive radio broadcasting over 25 years for BBC 6 Music, Radio 1, Radio 3, Radio 4, X FM, Hobbs worked as a young music journalist for NME and Sounds music papers. She won DJ Magazine’s coveted Outstanding Contribution Award in December 2021. She can also ride any motorcycle you care to park in front of her.

How do you feel about joining the Music Week Women In Music Roll Of Honour?
“My grandad flew in the RAF in the war. When I was a kid, he taught me how to tie my laces, how to peel an orange, how to climb a tree. When I’d done well, he’d sit me on his knee, his beautiful eyes dancing and he’d press 10p into my tiny palm. He died when I was about seven years old. Wherever his spirit abides now, I hope he can share this moment. Thank you so much Music Week.”

How do you look back on your early years getting into the industry?
“When I was 18, I ran away to London and lived on a bus in a carpark with a rock band for a year. There was no sanitation on the bus. It was a 20 minute walk to the rank public toilet on the main road. You could use the facilities as long as you didn’t breathe or actually touch any surface. I am very pleased to have running water on hand in 2022.”

Did you have a mentor at that stage?
“No. I grew up in a tiny village in the North West in the 1970s. I saw a step and I took it. There was no other step. There never would be.”

What’s your biggest achievement so far? You famously marked David Bowie’s 50th birthday on air at Radio 1 in 1997. Is that still a career highlight – what are your memories of that occasion?
“When I met David Bowie for the first time, I played him recordings of 50th birthday messages from many artists who admired him. Scott Walker had sent me a cassette tape in the post, with his recording for David. When Bowie heard the voice of Scott Walker thanking him for freeing so many artists, he fell silent, and tears began to pool in his eyes. Bowie shifted quietly in his chair for several minutes. Finally he said, ‘I think I see God in the window’. I smiled when I made No.2 in the Guardian’s 100 greatest BBC Music Performances in 100 years, just behind David’s performance of Starman on Top Of The Pops.”

6 Music has become even more open to different genres and experimental artists – how does it feel to be a key tastemaker at the heart of the station?
“I am re-imagining daytime radio at BBC 6 Music. The challenge for me, coming into this space, was to destroy all boundaries. I like to approach my practice as a broadcaster in the same way that David Attenborough might explore a rainforest.”

How important is the station in terms of supporting independent music, artists and live performance? How involved do you get in curating 6 Music Festival and the All Points East stage?
“My All Queens project, elevating and celebrating female, non-binary and trans artists, is really moving. I curated the second All Queens takeover for the BBC 6 Music stage at All Points East in 2022. We also took All Queens to Fabric in London for International Women’s Day, and in collaboration with Judy Griffith at Fabric, put together a line-up of all-female DJs and all-female staff at the iconic London club for the very first time. Fabric are now actively seeking and training female sound engineers.”

What advice would you offer young women about enjoying a successful career in music?
“Trust your instincts. Fight for what you believe in. Retain your autonomy.”

I am re-imagining daytime radio at BBC 6 Music

Looking back, what’s the best bit of advice you’ve ever been given?
“The Japanese icon Ryuichi Sakamoto said to me, ‘Every mistake is a gift’. I have carried his words in my back pocket every day since.”

Finally, what’s your biggest lesson from 2022 so far?
“Mentoring is such a powerful and effective way to help the next generation of young creatives. I have several projects I’m involved with: a project for refugees and under-privileged young people in Berlin and a personal one-on-one project established at the beginning of Lockdown. I’m a founding member and ‘Godmother’ of the BBC Open Music project, and our group of 30 trainees from communities across the UK presented their own Dream Prom at the Royal Albert Hall in September.”