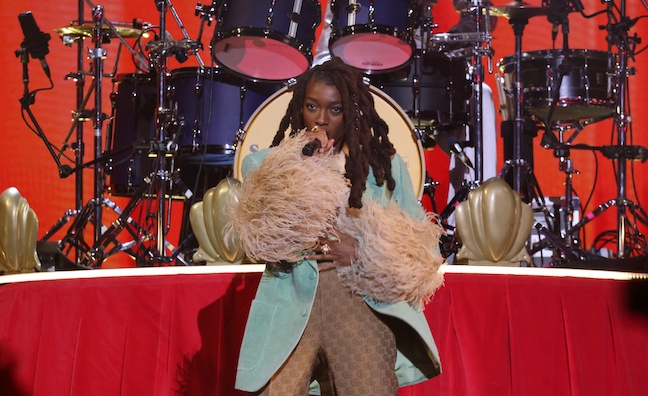 Cardiff will host this year’s BBC Radio 6 Music Festival, which will take place from Friday, April 1 to Sunday, April 3.

The line-up was announced this morning on 6 Music by Huw Stephens and Mary Anne Hobbs. The festival did not take place in 2021 because of the pandemic.

The 2022 edition of the festival will see live performances, DJ sets, In Conversations and more across multiple venues in Wales’ capital city, including St David’s Hall, The Great Hall and Y Plas in Cardiff University Students’ Union and Tramshed.

Samantha Moy, head of BBC Radio 6 Music, said: “After two years, it feels very special to say that the 6 Music Festival is back with a bang in Cardiff. This is a city which has always had a thriving music scene and I can’t wait to bring the 6 Music family, of both presenters and listeners, together for the magic of the 6 Music Festival.”

Mary Anne Hobbs said: “The most exciting element about the 6 Music Festival is the coming together, in a physical space, of our beloved 6 Music listeners and the staff at the station, with artists we love. Lockdowns have kept us apart since 2020, so this year’s gigs in Cardiff are going to feel super-charged.”

Lockdowns have kept us apart since 2020, so this year’s gigs in Cardiff are going to feel super-charged

Huw Stephens said: “It’s great news that the 6 Music Festival is coming to Cardiff. We love our live music here; gigs and club nights are a massive part of what makes Cardiff special, and live music is in our blood. We also love BBC Radio 6 Music and to have this incredible festival happening here at this important time in live music venues’ recovery, is really exciting.”

BBC 6 Music retained its title as the biggest digital radio station in the latest RAJAR figures.

Leader of Cardiff Council and chair of the Cardiff Music Board, Cllr Huw Thomas, said: “We are thrilled to welcome the BBC 6 Music Festival to Cardiff this spring. 6 Music is simply the best alternative music station in the world. It champions live music, new artists and an alternative spirit in popular music, a spirit and an energy that has made British music famous around the globe. Here in Cardiff there’s a real pride in the independent music scene which the city offers and through our Cardiff Music City strategy we have plans to grow and harness that energy.”

There will be events in the day as well as at night. 6 Music Festival By Day events will take place at Tramshed and By Night events at St David’s Hall, The Great Hall and Y Plas. Tramshed will also host 6 Music Late, a club night featuring 6 Music DJs and special guests.

Tickets for each separately ticketed event will be available from 10am on Thursday, February 17 at bbc.co.uk/6musicfestival.