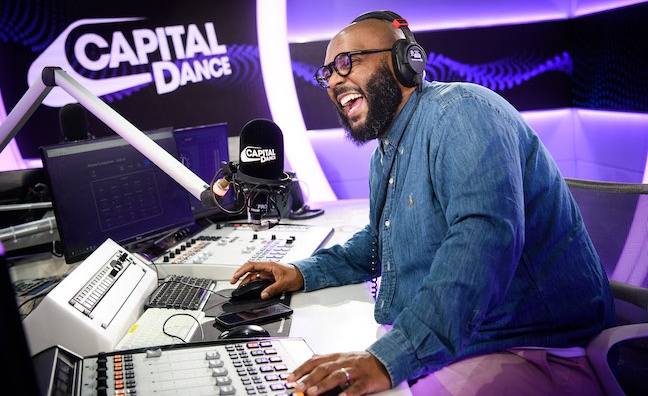 After a lengthy absence during the pandemic, the RAJAR listening figures are up and running again with a new methodology.

While that means comparisons with previous years are not that helpful, it hasn’t stopped some media groups from drawing attention to comparable audience gains.

But with the second quarter of the all-new RAJAR ratings, we do at least have some official comparisons. Read on for our analysis of the RAJAR figures for Q4 2021 (September 20 to December 19)...

The BBC likes to play it by the book without comparing new data with previous years' RAJAR measurements that involved a different approach. For the corporation, the latest quarterly results were further evidence of listeners’ love of live radio.

RAJAR figures showed 34.51m people tuning in each week for live output across the stations, with a share of 49.9%. During the same quarter, on BBC Sounds there were a total of 162m plays of on-demand radio and podcast content, and 5.2m plays of music mixes.

Charlotte Moore, BBC chief content officer, said: “I’m delighted that millions of people choose to start their day with our most popular music breakfast shows and their brilliant hosts Greg [James] and Zoe [Ball], who continue to entertain and amuse listeners as they go about their morning routines… These figures show the important role that BBC Radio plays in people’s lives, with 34.5m tuning in to listen live each week to our much loved stations. We also continue to see on-demand listening grow for both our radio programmes and podcasts, as audiences come to BBC Sounds to discover content to listen to whenever they want to.”

Radio 1 is targeting a youth audience online and it remains the No.1 station for 15-29s.

“I’m very proud that Radio 1 remains the No.1 station across the UK for young people with nine million weekly listeners, and an increased audience of over 19 million across YouTube, iPlayer and social media,” said head of station Aled Haydn Jones. “Despite all the disruption to our young audience’s routines over the past 18 months, Greg James remains the No.1 Breakfast Show [for the 15-29 age group] with 4.72 million.”

Music Week Awards winners BBC Radio 2 had 14.87m listeners (up 1.8% on the prior quarter) with 7.49m tuning in for The Zoe Ball Breakfast Show (up from 7.22m in Q3). Ball’s show remains the most popular in the country although it’s now below the 2019 lowpoint for ratings under the old RAJAR system.

BBC 1Xtra struggled with a decline of 15.5% on the previous quarter to 744,000. The station had been consistently around a million listeners under the previous RAJAR system.

Despite RAJAR urging caution, the commercial sector is happy to compare its performance year-on-year with the old RAJAR rating system.

Heart (8.54m listeners - narrowly ahead of Radio 1) and Smooth (5.43m) were each down less than 1% quarter-on-quarter. Heart’s Breakfast Show with Jamie Theaktson and Amanda Holden fell under four million (3.86m) just as they appeared to be chasing Greg James. Still, it remains the UK’s biggest commercial radio show and commercial breakfast show

Capital Breakfast with Roman Kemp lost a quarter of a million listeners in three months as it ended up with an audience of 2.58m in Q4 (still the No.2 commercial breakfast show). If you were to compare that with the old RAJAR measurement, then Kemp has lost almost 800,000 listeners in two years.

Overall, Capital Network was solid on 6.35m listeners in Q4 (down 2.7% on the prior quarter). In London, Capital remains the No.1 music station with 1.7m weekly listeners, ahead of both Radio 1 and Kiss.

Radio X soared ahead with an 8.6% quarterly leap to 2.11m. At a time when guitar bands are regularly appearing in the charts again, Radio X is well up on its 2020 RAJAR figures under the previous system. Breakfast host Chris Moyles also had a good quarter, increasing his audience over three months from 1.08m to 1.17m. Johnny Vaughan’s drive show is approaching a million listeners (974,000).

Capital Dance is a truly unique offering within the genre

Sixteen months after its launch with MistaJam - who joined Global from Radio 1 and 1Xtra - Capital Dance is making its mark in the RAJARs. It opened its account in Q3 with 287,000 listeners and more than doubled that in the last three months of 2021 with 592,000.

MistaJam told Music Week: “When we launched Capital Dance, we wanted to create a new home for dance music in the UK, bringing listeners the biggest dance anthems, freshest club mixes and hottest new music anywhere on the dial. It’s a truly unique offering within the genre. Instead of the one-off token plays available elsewhere, we’ve remained focused and committed to giving dance music DJs, producers and artists a playground to showcase their personality behind the beats, all while championing and breaking the biggest dance hits of tomorrow via playlisting and rotation. Looking back over our first 18 months on air, I’m incredibly proud of what we’ve built so far.

“It brings me so much joy to welcome 300,000 new listeners to the Capital Dance family – doubling our audience - in just three months. Nothing compares to the uplifting NRG of Dance music, and we’re thrilled that 592,000 people across the UK are now tuning in every week! I’m so grateful to the entire team who share my passion, to everyone who has tuned in, to those within the industry who have supported us and to the Global family who believed in the vision. We’ve only just begun...”

Elsewhere, Capital Xtra lost 11.6% of its audience in three months (now 1.36m), though Capital Xtra Reloaded was up 29.4% quarter-on-quarter (277,000). Two years on from its launch, the station’s old skool playlist is proving a winning formula to challenge Kisstory.

Global also pointed out that the 466,000-strong audience for Capital Xtra Breakfast with Yinka and Shayna Marie was more than double the ratings for 1Xtra’s breakfast show.

Ashley Tabor-King, founder & executive president of Global, said: “With RAJAR now fully back with enhanced measurement, I’m delighted this has translated into record audiences for our brands and shows. To not only hold our position as the leading commercial radio group, but to continue to grow is incredible and down to our brilliant teams and globallers.”

James Rea, director of broadcasting & content at Global, said: “I’m immensely proud of the Global team for achieving our best ever figures. The fact that our brands have continued to grow in these challenging times is testament to the skill of those delivering world class content. From Capital Dance doubling its audience, to Radio X leaping over two million listeners and LBC achieving its highest ever figures, through to Smooth with a record-breaking six million listeners I’m delighted that commercial radio continues to play such a vital role in people’s lives each day. ”

Bauer had a rebrand as Bauer Media Audio shortly before the Q4 RAJAR period.

“The Q4 2021 RAJAR results show the continued resilience and success of radio in an ever-changing marketplace, with Bauer Media Audio UK achieving an impressive 20.6m reach across its stations,” said the company.

Bauer has been focused on building digital listening, and it now has over three quarters of listening via a digital device (compared to an industry average of 65%). Bauer is home to three out of five of the top commercial digital stations (No.1 Kisstory, No.3 Absolute 80s, No.4 Planet Rock).

There were mixed results for Absolute. In Q4, the main Absolute station was down 13.7% on the prior quarter (2.23m). The Dave Berry Breakfast Show, always a consistent performer for Absolute, was stable on 2.16m listeners.

Kiss Network was down 4.4% on the previous quarter to 4.53m. Still the No.1 commercial digital-only station, Kisstory was up 2% to 2.3m. However, Kiss Fresh lost more than a quarter of its audience (now 307,000). The main Kiss Breakfast Show with Jordan & Perri edged up to 985,000; during December, based on a new time slot, the show reached 1.1m listeners.

Dee Ford, group managing director, Bauer Media Audio UK, said “I am so proud that we have actively encouraged digital listening through delivering world class content that our listeners can access however they want. Three quarters of our audience now listen via a digital device – this market leading performance sets us up perfectly for the future.’

Ben Cooper, chief content and music officer, Bauer Media Audio UK, said: “Rock fans have done us proud, giving us record figures for Planet Rock, Absolute Classic Rock and amazing hours on Kerrang! – we salute you. Absolute Radio [brand] also broke records with over five million listeners including, for the first time, over a million tuning in to Absolute Radio 90s. Simon Mayo took Greatest Hits Radio from strength to strength as the successful move to FM in London continued to drive huge increases. And Kiss anticipated its listeners changing lifestyle as Jordan and Perri’s new start time on Breakfast grew audiences to over a million.”

The Chris Evans Breakfast Show had just over one million listeners (up slightly on Q3), making it the No.1 digital-only commercial breakfast show.

Ratings for Graham Norton’s weekend morning show were not disclosed.

Digital radio platforms now accounts for 64.4% of all radio listening, according to data for Q4 2021. Digital listening surged past 60% in the prior quarter.

According to RAJAR, DAB remains the most popular means of all radio listening accounting for 42.5% of all listening (and 66% of digital listening). That exceeds listening via AM/FM, which accounts for 35.6% of listening.

The new data shows that 40 million adults, or 72% of the population aged 15+, now tune into digital radio every week, with strong growth seen across a number of digital stations compared to Q3 2021.

Ford Ennals, CEO of Digital Radio UK, said: “The Q4 2021 RAJAR listening data confirms the digital transformation of UK radio with 64.4% of UK radio listening being on a digital platform. DAB is the predominant platform for radio listening and delivers 20% more hours of listening than FM & AM combined.

“It is really pleasing to see strong performances across the leading digital stations BBC 6 Music, Kisstory and BBC Radio 4 Extra, and the growth of a diverse range of digital stations covering all genres and formats, from Capital Dance to Smooth Radio Chill and Magic Chilled; TalkRadio and Times Radio to Absolute Radio 70s and Boom Radio.”

Subscribers can click here to read our interview with Bauer Media Audio’s Ben Cooper. And here for our feature on Kiss