All the RAJAR: A new dawn for radio listening figures 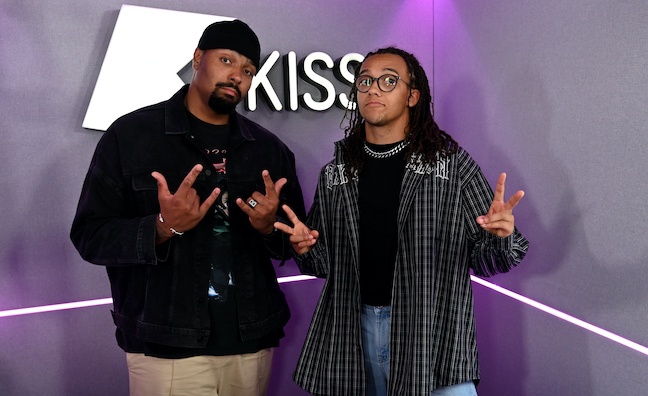 The quarterly RAJAR listening figures are back with a new methodology after being suspended for over 18 months since the pandemic in March 2020.

The revised approach means that the existing survey design - based on face-to-face interviews and diaries - has been adapted to broaden its data gathering sources. RAJAR has embraced technology by capturing listening data from both diaries and mobile devices using MediaCell technology.

Jerry Hill, chief executive of RAJAR said: “As with many sectors, we have faced an unprecedented set of challenges during the pandemic. The team at RAJAR with the enormous support of our research partners Ipsos and RSMB, have developed a flexible design that both strengthens the service both now and for its future evolution.”

Nick North, director of audiences, BBC said: “Coming out of such a difficult period RAJAR has acted with speed and innovative flair without compromising the rigour and quality of its service, to produce a new, best in class industry currency incorporating the electronic measurement of listening. It’s a huge leap forward, and credit to the RAJAR executive, to Ipsos and RSMB for making it happen.”

Unfortunately, the huge leap forward also means a reset in RAJARs analysis as the new methodology means there is no like-for-like comparison available with the previous data. Although that didn’t stop some broadcasters from making those comparisons.

“Given the absence of new audience figures for more than a year, the usual yearly and quarterly comparisons cannot be provided by RAJAR until the data set has been able to fully repopulate over the necessary time period,” advised RAJAR.

Here’s the reaction from the main broadcasters and the latest figures for Q3...

Based on the new methodology, BBC Radio 2 is still No.1 with a weekly reach of 14.6m listeners and 7.22m tuning in for The Zoe Ball Breakfast Show.

“I’m very proud that Radio 1 remains the No.1 station across the UK for young people with nine million weekly listeners [aged 10+], and an increased audience of over 19 million across YouTube, iPlayer and social media,” said head of station Aled Haydn Jones. “Despite all the disruption to our young audience’s routines over the past 18 months, Greg James remains the No.1 Breakfast Show with 4.72 million.”

BBC Radio 6 Music has 2.69m listeners and remains the No.1 digital station - a strong showing for the network under the new system. Radio 1Xtra is on 880,000 (the digital network had been chasing a million listeners under the old measurement).

Charlotte Moore, BBC chief content officer, said: “As these figures show, live radio plays a unique role in people’s daily lives despite the disruption caused by the pandemic over the past 18 months, with listeners coming to our national stations for company, information and escapism. During this global crisis, we’ve also really seen the importance of BBC Local Radio, as well as our stations in the nations, as they connect with communities, making a difference in all parts of the UK.

“Our breakfast shows continue to be hugely popular across our networks as millions choose to spend their mornings with our brilliant hosts, despite the huge changes to listening habits during the pandemic as people start their days later.”

Global highlighted its “best-ever audience results”, although under the first quarter of an entirely new methodology that might well be a claim that anyone could make. Where the BBC exercised caution in its announcement, Global decided to draw positive conclusions from comparisons with RAJAR’s last set of data for Q1 2020.

The media giant celebrated the fact that it achieved 27.7m weekly listeners across its networks and a share of hours of 23.5%. Global also claimed the top four commercial brands - Heart, Capital, Smooth and Classic FM.

With 8.496m listeners, Heart Network is officially bigger than Radio 1 (the broadcaster had previously claimed victory based on the Heart Brand performance). Heart Breakfast with Jamie Theakston & Amanda Holden has 4.1m listeners and is chasing Greg James at Radio 1.

Radio X reaches 1.94m people and the station’s Chris Moyles Show has 1.1m listeners, which is ahead of Virgin Radio’s Chris Evans at Breakfast on 985,000. At drive time, Johnny Vaughan has 854,000 listeners on Radio X.

Once a frontrunner among commercial radio stations prior to Heart going nationwide at breakfast, Capital’s Roman Kemp is on 2.83m (still No.2 commercial).

Capital Network is on 6.53m, while Capital Xtra has an impressive 1.54m listeners including 581,000 for breakfast hosts Yinka and Shayna Marie. A year on from launch, Capital Dance - which has a line-up including MistaJam and Rio Fredrika - opens with 287,000 listeners.

No surprises at Classic FM, which confirms its position as the UK’s most popular classical music station (5.1m listeners).

Bosses at Global decided to focus on the positive comparisons with previous RAJAR figures, despite the different methodology.

Ashley Tabor-King, founder & executive president of Global, said: “Post pandemic, it’s fantastic to have RAJAR back with a bang. I’m delighted that Global, in some of the most challenging times ever, has scored record audience numbers, both overall and also for many of our individual brands and shows. It’s truly humbling and a testament to the hard work of every Globaller who has strived to keep our audiences informed and entertained with the best music and highest quality news and analysis. We not only continue to lead the commercial radio market, but have extended our lead with 25.7 million weekly listeners. To play this role in these times in an honour.”

James Rea, director of broadcasting & content at Global, said: “Nothing beats the connection radio brings and it is fantastic to see its popularity continuing to grow. I’m immensely proud that so much of that increased listening is driven by the great work of our teams in growing Global’s brands. I’m delighted to see so many of our brands achieving record results – from Heart breaking through 10million, LBC truly Leading Britain’s Conversation and going over three million for the first time in its long and illustrious history to Chris Moyles smashing though one million and Kate Garraway seeing over 2.5 million tuning in over on Smooth.”

Recently rebranded to reflect the changing nature of the industry, Bauer Media Audio had some strong performers, not least its portfolio of brand extensions that includes nine Absolute stations.

The European media group also ignored the RAJAR guidance on the lack of available data comparisons in its statements. It claimed a “record” reach of 20.6m.

The Greatest Hits Network is on 3.21m listeners. The station that celebrates classic tunes has found a winning formula since its rebrand and expansion a few years ago. The figures include a London rating of 548,000, a strong debut now it’s on FM in the capital.

Hits Radio Network, which Bauer’s Ben Cooper highlights as a growing force in the latest issue of Music Week, has an impressive 6.15m listeners.

Kiss continues to be a powerhouse brand for Bauer, with the main station pulling in 4.74m listeners alongside 2.25m at Kisstory (the biggest commercial digital station). Kiss Fresh, which champions new artists, has 416,000. Kiss Breakfast with Jordan Banjo and Perri Kiely is not far off a million listeners (980,000).

In his interview, Cooper also flagged the power of niche stations, and Bauer’s Jazz FM has almost half a million listeners (469,000). Scala Radio is on 399,000, while Absolute Radio Country is on 220,000 (a rebrand from its launch as Country Hits Radio may well mean the station needs more time to settle).

Rock is also reaching audiences on radio: Kerrang! Has 473,000 listeners and Planet Rock has 1.33m.

Dee Ford CBE, group managing firector, Bauer Media Audio UK said “What an amazing performance for radio in the UK! Never has it been more evident that radio has a special place in the hearts of listeners, and this shows what a resilient and adaptable medium it is.”

Ben Cooper, chief content and music officer, Bauer Media Audio UK, said: “We are incredibly proud of the performance of our strong brands. The Hits Radio Brand is now the UK’s biggest commercial network – an amazing result, and the Greatest Hits Network is a clear success thanks to its distinct music proposition and much-loved presenters. These results combined with stand-out performances from the Absolute Radio Network and the ARIA-winning Magic Radio, position us well for the future as we reinvent radio for the next generation by finding new ways to reach audiences.”