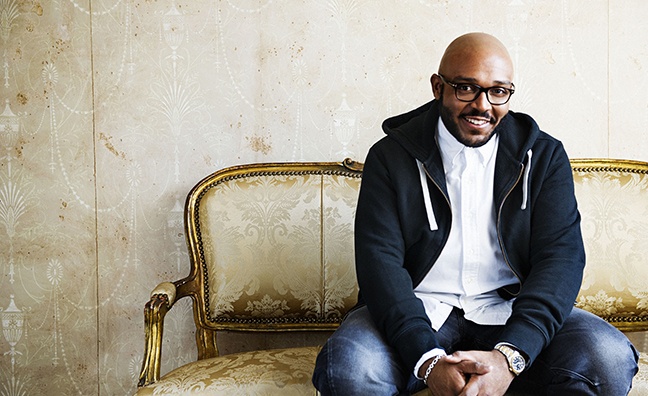 Radio 1 and 1Xtra DJ MistaJam has announced that he is leaving the networks after 15 years at the BBC.

MistaJam first joined BBC Radio 1Xtra in 2005 to present a Thursday night show. He went on to present 1Xtra’s evening show (7-10pm) and is currently presenting the Drivetime Show (4-7pm).

He has also been a key part of Radio 1’s schedule throughout the years covering Annie Mac’s weekday new music show in 2017 and presenting Radio 1’s Dance Anthems (Saturday 4-7pm) for the past three years.

MistaJam said: “After 15 amazing years at the BBC, I feel the time has come for me to move on to the next challenge. From joining in 2005 to host an overnight hip-hop show on 1Xtra to turning Radio 1’s Dance Anthems into the most listened to show on BBC Sounds for under 35s, it’s been an amazing journey filled with moments I’ll never forget. A couple of Radio Academy Gold awards, giving some of the biggest artists in the world their first ever national radio play, 60 Minutes Live and being able to soundtrack lockdown with uplifting dance music have been some of the most special memories I’ll cherish and am so grateful to have been a part of.

“I want to thank the entire team both past and present at 1Xtra and Radio 1 for allowing this black kid from Nottingham a chance to be a broadcaster but most of all, I’d like to thank every single person who’s ever given me their ears. Here’s to the future.”

Parkinson first joined 1Xtra as an intern in 2016 and has quickly risen through the ranks at the station, covering the 1Xtra Weekend Breakfast Show and he is currently presenting 1Xtra Talks (Sundays, 9-10pm).

Parkinson said: “What an incredible honour to be the new host of the 1Xtra Drivetime Show. I really can’t explain how excited and grateful I am to take this show forward. I use to work as an intern when Charlie Sloth was host, it’s really come full circle for me. I cannot wait to bring my energy, passion and love to drive with the music I truly love. Most importantly thank you to the 1Xtra listeners who have been nothing but kind whenever I have covered a show on the network, your texts/tweets mean the world. Salute to my big brother MistaJam whom I wish all the luck on his exciting next adventure.”

Charlie Hedges said: “I am absolutely buzzing to be taking on Radio 1’s Dance Anthems! It’s such a huge show that has been hosted by MistaJam, someone I have always looked up to, so it’s an honour to be able to get behind the mic every Saturday bringing the biggest dance tunes to your ears each week. I’m excited to go on this new journey with you all and let’s face it – day raves are so 2020.”

Faron McKenzie, head of 1Xtra, said: “I am so excited about signing Reece to the Drive Show, he brings a youthful positive passion and energy to 1Xtra coupled with his love of music and culture, he’s an amazing broadcaster with so much unlocked potential. As I continue to forge a path to evolve 1Xtra into the preeminent destination for young black music and culture this is an important step.

“Salute to MistaJam for all his love and dedication over the years for 1Xtra - I wish him all the best with his next chapter.”

Aled Haydn Jones, head of Radio 1, said: “Radio 1’s Dance Anthems is one of our most loved shows, via both live listening and on-demand in BBC Sounds, and we know our listeners are going to love hearing Charlie make it her own. Charlie is naturally brilliant at understanding what the audience wants; her energy and enthusiasm, coupled with her dance expertise, make her a brilliant fit for the show.

“I’d also like to extend my thanks to MistaJam, who has been a hugely valued part of the Radio 1 family for many years, and we wish him all the very best for the future.”