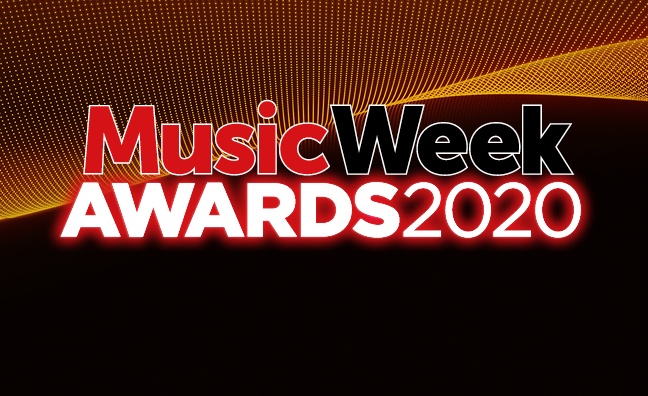 The winners of the Music Week Awards 2020 have been revealed across 26 categories.

Because of the Covid-19 pandemic, the ceremony couldn’t go ahead as planned at Battersea Evolution this year.

But we’ve still managed to celebrate all the brilliant winners with a special edition of Music Week out now. While the biggest night in the industry calendar is taking an enforced year off, you can at least see the winners’ reactions and read the acceptance speeches they would have given. See below for the full list of winners.

The big news in this year’s awards is a double win for Polydor Records. As well as retaining their Record Company title, Polydor also bagged the A&R Award.

Speaking in the latest issue of Music Week, Polydor co-presidents Tom March and Ben Mortimer were jubilant about doing the double.

“It’s fantastic, absolutely brilliant,” said Mortimer. “We don’t take it for granted in any way. And the bit we’re really chuffed about is getting both awards – to get Record Company and A&R means a lot, it really does.”

The bit we’re really chuffed about is getting both awards – to get Record Company and A&R means a lot, it really does

Commenting on retaining the coveted Record Company title, March said: “Winning it last year maybe solidified for everybody that we were doing it right. To win it again means everybody’s on fire. And it’s important to not just do it once and relax – we said last year that we’re just getting started and we still feel that way. I want to win it every year, I don’t want to stop after one or two.”

Polydor is now targeting a third consecutive win after an impressive chart run this year, though they will once again face plenty of competition for the title.

There were some other big battles set up in this year’s nominations.

Three new categories were added this year, so huge congratulations to the first ever winners of Independent Publisher Of The Year (Reservoir), Sync Team Of The Year (Warner Chappell Music) and Sync Of The Year (Fresh N Clean – D Double E And Star.One).

Another regular champion, Atlantic Records, missed out this time in the Promotions Team category. But you can expect promotions supremo Damian Christian and his team to give it everything to win back the award from this year’s champions EMI Records in 2021.

The new leadership team at Sony ATV pulled off a victory in the Publisher Of The Year category.

The judges decided that Reading & Leeds Festival came out on top in the Festival Of The Year category ahead of events including Glastonbury, All Points East and Isle Of Wight Festival. The impact of Covid-19 means we will be unlikely to have a festival category in 2021.

Unfortunately, for the first time since it was introduced in 1987, there was no Strat Award for an outstanding contribution to music. That will hopefully return in 2021, along with a Music Week Awards ceremony that will be back to its full glory.

The full list of winners of the 2020 Music Week Awards is below.

Accountancy Firm Of The Year

Festival Of The Year

Independent Publisher Of The Year

Law Firm Of The Year

Manager Of The Year

Publisher Of The Year

Sync Of The Year

Sync Team Of The Year