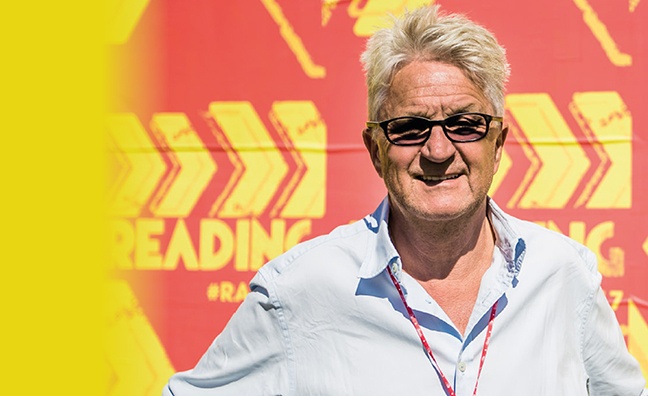 With 200,000 fans across both sites each day, Reading & Leeds Festival was another Bank Holiday weekend triumph. And it was sustainable, in terms of the environmental impact.

In the Midweek Charts, there are early signs of a sales impact for AJ Tracey, whose single Ladbroke Grove is at No.3 with sales up 3.9% week-on-week. There are also sales lifts for televised headliners The 1975’s A Brief Inquiry Into Online Relationships (84-54), Foo Fighters’ Greatest Hits (33-27) and Post Malone’s Beerbongs & Bentleys (28-25).

The festival season is not over yet for Melvin Benn though, with Electric Picnic and the new Gunnersville series to come. Here, the Festival Republic MD opens up about his summer of live music…

It’s a crowded market for festivals, how does Reading always sell out?

“Great talent buyers, great festival, great bands. It’s an important festival for the bands as well as the fans. We’re the UK’s longest-running festival, so it’s obviously got a lot of history, a lot of credibility. And we work hard on it, it’s not a festival that we stand still on.”

Slipknot made No.1 earlier this month – do you see any sign of a rock revival?

“Yeah, I think there is a rock revival. Certainly that’s the evidence of the sales that we had at Download Festival this year, and the pre-sales that we’ve got for Download Festival next year. If there’s a genre that people are not talking about that is in rude health, then rock is absolutely that genre. You see the Download festival brand happening in Spain and in Australia and in other parts of the world, and all the incredible rock festivals there are in mainland Europe. I think rock’s in a really good space at the moment.”

There are some reports of a tough summer for promoters, how have you bucked the trend?

“It’s interesting that people are saying that it’s a tough summer. I’ve got to tell you that I’ve had the best year that I’ve had for – I’m going to say for 15 years, certainly 10 years. Incredible sales. Just with Reading & Leeds, if you mix the weekend tickets and day tickets I sold close to 250,000 tickets.

“Latitude sold out, Download had a better year this year than last year, Wireless sold out. I’ve had what can only been described as an incredible year. People are telling me that it’s tough out there – and it is. But we work really, really hard to put the best line-ups together, then work to make sure the shows are delivered – and we pride ourselves on that. We’ve got great teams of people that build stages, build fences, put toilets in, people that really work their socks off to make it work operationally, which just adds to the musical curation that goes on with it. That really makes a huge difference.”

“Six years ago, I created the Radio 1Xtra stage, which was very much about rap and grime. I felt that there was an emerging genre coming through that was not going to be temporary, that was going to be permanent. That’s really proved to be the case.”

How is your new festival Gunnersville doing in terms of tickets?

“We’re very pleased with that, it's good start. It’s You Me At Six, Doves and The Specials on three separate nights, we’re really chuffed with it actually. It just felt like we needed to look at a new festival and we’re very excited about what we are creating. Hopefully, next year we’re going to make it maybe four nights or even five nights. We’re very confident about that.”

“I would hope that she was a potential future headliner. I could see no reason why that wouldn’t materialise.”