'We can grow 1Xtra': Controller Ben Cooper on the new generation of on-air talent 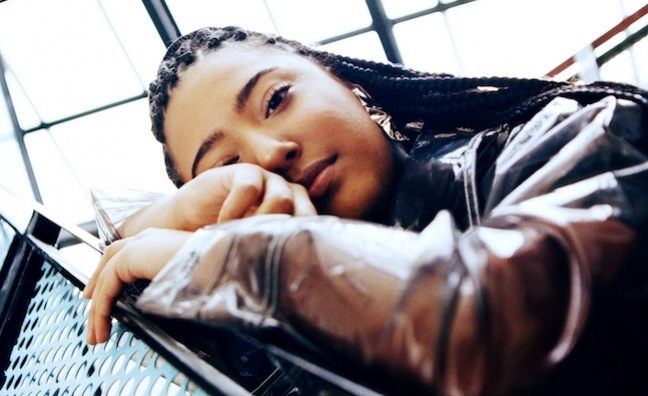 Calver, cover star of the current issue of Music Week, took over the 1Xtra and Radio 1 Rap Show earlier this year. Charlie Sloth and Tim Westwood were previous hosts of the Saturday night slot.

“I’m delighted with the way Tiffany has started,” said Cooper, also controller of BBC Radio 1 and Asian Network. “It’s a different sound to Saturday night, but not only a different sound it’s also a different relationship to the artists that make the music. You’re seeing Drake invite her to be the DJ on the European part of his tour - those connections and those relationships with those big artists, that’s key to winning audiences.”

Cooper is confident that Calver and fellow new signings Snoochie Shy (11pm-1am, Monday to Thursday from April) and Kenny Allstar (9pm-11pm, Fridays) can win young listeners to the station.

“Were in a really competitive marketplace at the moment, whether that be with commercial radio or streaming,” he said. “The key to winning is about having the personalities, the broadcasters, that have that connection and authenticity with their audience. Tiffany is a 24-year-old woman who’s breaking the mould of Charlie and Westwood who’ve gone before her. We’ve got the next generation who are really keyed in to young audiences and the music that they love.”

Speaking in the latest issue, Cooper admitted he was frustrated that 1Xtra’s listening has not advanced beyond a million listeners. It’s currently at 1.056m in the latest RAJAR figures.

“It’s so infuriating,” he said. “It’s great that we’re still above the million mark; we want to grow those audiences but not at any expense. We are not going to just chase audiences by playing hits. We have to stay authentic as a public service broadcaster, breaking new music, breaking new artists and working with the music industry and also staying true to the culture. That is really important for 1Xtra to do. With creative ambition and with those relationships with the artists, I think we can grow 1Xtra.”

While radio brand extensions such as Kisstory (1.805m) and Capital Xtra (1.792m) have made dramatic gains in recent RAJAR results, Cooper said he would not try and compete with commercial stations.

“1Xtra needs to continue to be authentic with its audience,” he said. “It’s got its biggest ever percentage reach of BAME audiences this RAJAR. Staying true to the culture and staying true to breaking new artists that are coming through and emerging talent, that’s key, that’s what success looks like for 1Xtra.”

Pick up the latest issue of Music Week to read about Ben Cooper’s big plans for BBC Asian Network and the full RAJAR analysis. Subscribers can cread the Tiffany Calver interview here.