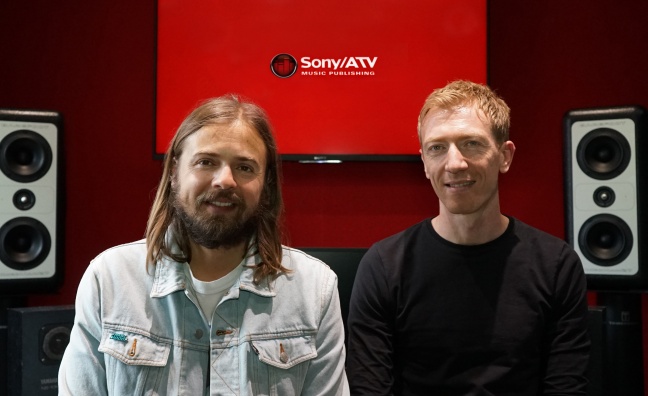 Ventura (pictured left) is promoted to president and co-managing director, while Major (pictured right) becomes co-managing director, both with immediate effect. They take over from Guy Moot, previously UK MD and president, worldwide creative, who left to become co-chair and CEO at the newly-rebranded Warner Chappell, following Platt’s move in the opposite direction.

The new leadership team at the market-leading publisher is completed by William Booth, who is promoted to EVP, chief operating officer, reporting to Ventura and Major.

“Our UK company is critical to the global success of Sony/ATV,” said Platt. “So I am delighted to have two exceptionally experienced and talented executives leading it. David Ventura has a rare gift for A&R that brings out the best in our songwriters and builds enduring, successful careers.

“His abilities are complemented by Tim Major’s incisive legal skills and business acumen,” Platt added. “I am confident that our UK team will deliver our strategy of making Sony/ATV the ultimate home for songwriters.”

Ventura joined EMI Music Publishing’s London office in 2010 as VP, European creative, having previously served as creative director of France’s NRJ Music. He moved across to Sony/ATV following its 2012 acquisition of EMI’s publishing arm, becoming VP, A&R Europe. He was made head of A&R, UK in 2015, when he also took on the role of SVP, international.

He has signed or worked with the likes of Clean Bandit, Martin Solveig, Passenger, Kygo, Jorja Smith, Sigrid, Two Inch Punch, JP Cooper, Mark Ralph, Becky Hill, Louis The Child and has made recent strides in beefing up Sony/ATV’s rap roster with signings such as Octavian, Banx & Ranx and Skepta.

“Urban music is taking over the world and we’ve been lucky enough to have a great roster in that lane already,” Ventura told Music Week last year. “We’re just trying to go and sign people we are absolutely passionate about.”

“This new role is a once in a lifetime opportunity and I am grateful to Jon for the confidence and trust he has placed in me,” said Ventura today. “I am very lucky to be entering into this new chapter with Tim Major, who is incredible as my partner. I believe we complement each other very well and our dynamic is without doubt a motivating force. We are so privileged to work with extraordinary songwriters and family here at Sony/ATV. I am ready to get started!”

“It’s an honour to be given this opportunity at such an exciting time for the company,” said Major. “David and I have forged a strong partnership over the years and we share a clear vision for the future. I’m very excited about what we can achieve together. We are also very fortunate to benefit from the experience, wisdom and knowledge of William in his new role. Jon has shown tremendous faith in the existing UK team and we look forward to working with him and ensuring that our songwriters and partners continue the phenomenal run of success that they have been enjoying.”

Booth joined Sony/ATV UK in 2012 as deputy managing director from PRS For Music, where he was director of licensing. He was deputy managing director of EMI Music Publishing UK, which is now part of Sony/ATV, from 2003-2010 and, before that, spent 10 years at Sony/ATV as SVP, Europe. He also worked at London Records and began his legal career at London law firms Clintons and Harbottle & Lewis.