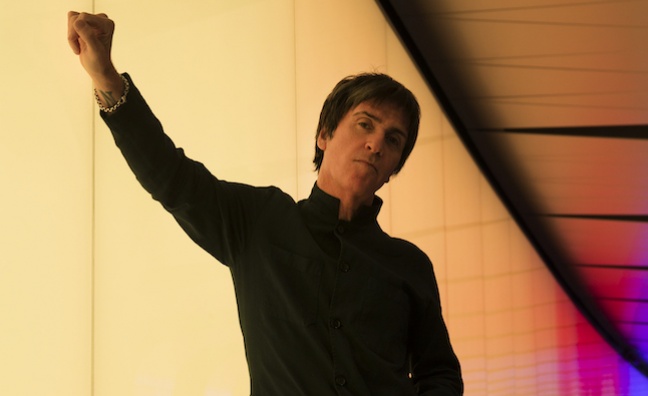 Here, the legendary guitarist reveals all about a project unlike anything he’s done before…

Fever Dreams Pts 1-4 is a double album due in February, though Part 1 has already come out as an EP. How does it all fit together?

“When I was a teenager I bought The Human League’s The Dignity Of Labour Pts 1-4 and it just stayed in my mind. I had a whole slew of songs, but once I got the idea for parts one, two and three, I tried to finish them in order. It became an art construct. I was then able to write specifically for Part 4 as the conclusion. Part 2 will definitely come out as an EP, but it depends on how the releases go after that. I never saw it as a collection of EPs, it is very much a double album, but when I wrote [lead single] Spirit, Power And Soul it all came to me. It’s an old-school album, but it happens to tick all the boxes in an age when people can get music from their favourite artists in parts too.”

It is big-sounding, yet made during lockdown. How did that impact you?

“I wanted the music to be expansive, but when I started thinking about the lyrics the pandemic hit and you couldn’t help but be affected by a kind of global feeling. I wanted the words to connect with people, but there’s something in me that won’t let me sing, moaning under a tree. I had a feeling that if I was going to look inside myself, then the way soul singers express those feelings could be good. They didn’t do it like some drippy acoustic troubadour. I was messing around with machines, so I got really excited about this idea of ‘electro-soul’. That’s what got me into the studio each day.”

You signed to BMG for this album, how did that come about?

“I’ve worked with [UK president] Alistair Norbury before and we really got along. I knew they were all music people, first and foremost.”

As a celebrated guitarist, is it nice to have four solo albums behind you so you can measure your growth as a songwriter?

“It is, to be honest. After those 60, 70 songs I’ve written as a lyricist, there is a thread that runs through everything that I think is pretty good. I like the idea that every album I do has a sense of discovery about it.”

Talking of catalogues, you have amassed an enviable one across your career. Have you been offered a super-buck publishing deal yet?

“A few years ago, someone made an enquiry through a friend of a friend but that’s about it. So, no. I’ve heard about those deals, but I haven’t done one. I’ve been too busy making double albums, mate [laughs].”