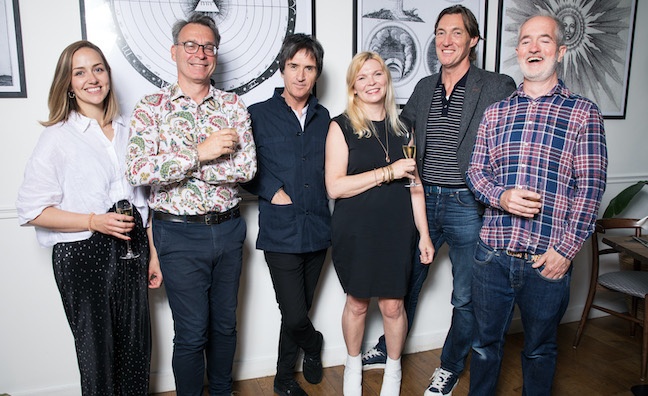 Marr, who is currently in the studio working on new music, said: “I’m very pleased to be working with the people at BMG on this new chapter. It’s a good feeling.”

The fact that he has decided to expand and deepen his relationship with BMG shows how well our holistic, artist-centric approach works

Alistair Norbury, BMG president repertoire and marketing UK, said: "BMG have proudly represented Johnny Marr as a songwriter for many years, including publishing his three consecutive top 10 solo albums. The fact that he has decided to expand and deepen his relationship with BMG shows how well our holistic, artist-centric approach works. We are delighted to be the releasing partner for this outstanding new body of work."

Marr will play a string of intimate tour dates across the UK in September, ahead of joining The Courtneeners at their sold out show at Manchester’s 50,000-capacity Emirates Old Trafford on September 25. The headline run will mark Marr’s return to the live stage, and first shows since performing the James Bond No Time To Die soundtrack with Billie Eilish and Hans Zimmer live at the 2019 BRIT Awards.

The former Smiths man, who has collaborated with the likes of Talking Heads, Electronic, Modest Mouse and The Cribs through his illustrious career, was recently announced as the special guest on The Killers’ headline US arena tour, set to begin in August through to October 2022. New music and further activity into 2022 is soon to be announced.