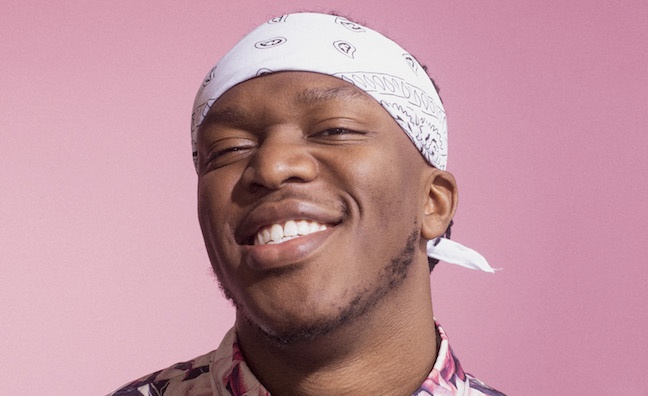 BMG will be hoping for another blockbuster campaign from KSI later this year. A first No.1 single is also in sight for the UK rap star after a run of chart success.

Music Week can reveal that KSI is releasing his second album with BMG, following the breakthrough success of his debut last year. Dissimulation, which peaked at No.2, was the biggest UK debut of 2020 and now has career sales of 89,393 (89.4% from streams), according to the Official Charts Company.

KSI and his manager Mams Taylor speak about their ambitions for the follow-up and their label, The Online Takeover, for new artists in the all-new monthly Music Week.

Despite intense interest from other labels, KSI remains contracted to BMG for the follow-up to Dissimulation – a campaign that showed what the company can do with a streaming-first artist.

“KSI proved that BMG could a break an act, because [Dissimulation] was the best-selling debut record of the year – and it was digital,” said Alistair Norbury, president, repertoire & marketing at BMG UK. “I don't think anybody expected BMG to have success in the digital streaming space on at that level, coming from a label that has traditionally focused on our Radio 2 repertoire. With KSI and other acts coming, we’re very comfortable now competing in both lanes, which is fantastic.”

The YouTuber and rapper has already scored his biggest hit to date this year with Anne-Marie’s Don’t Play (Atlantic), on which he features alongside Digital Farm Animals. The single has peaked at No.2 and has sales of 186,756.

“With KSI this year, the plan is so strong in the features,” added Norbury. “We have such a good release plan and features lined up for him. It's very strong.”

It follows success at the end of last year with Really Love (BMG), KSI’s collaboration with Craig David and Digital Farm Animals. Peaking at No.3, it has sales to date of 320,310.

“KSI’s breakthrough success in 2020 was exceptional and thoroughly deserved,” said Gemma Reilly-Hammond, VP Marketing, UK, who has spearheaded the label’s campaign. “He is an incredibly hard-working, determined and talented artist.

“Working hand in hand with KSI and his management, we were constantly and strategically planning forward. Regular music drops and smart collaborations – including Swarmz, Tion Wayne, Nathan Dawe and S1mba to name but a few – drove momentum and we were thrilled to end the year with the release of Really Love.”

“With ever-growing chart and streaming success that built throughout the year, his credibility as a musical artist has now been cemented,” said Reilly-Hammond. “KSI starts 2021 strongly [with Don’t Play] and further exciting releases are planned. Watch this space, it’s going to be a big year for KSI!”

Click here to read Alistair Norbury on their other huge campaign from Kylie Minogue.

Subscribers can click here to read The Music Week Interview with KSI.