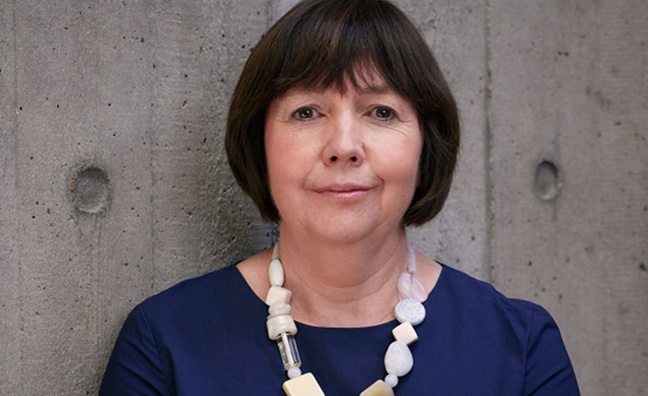 During this year’s Women In Music Awards, we inducted a further 14 amazing industry executives (including one posthumous award) into the Roll Of Honour, in association with TikTok. They join the pantheon of previous honourees, including some of the biggest names in the business, from Emma Banks and Sarah Stennett to Kanya King, Rebecca Allen and Stacey Tang, that have been selected since the awards began in 2014.

The Roll Of Honour aims to highlight the breadth, depth and variety of individuals who are game-changers in the music industry, with their activities consistently benefiting women, or focusing on empowerment/gender disparity. Following the Women In Music Awards ceremony, Music Week is running Q&A interviews with all of this year’s Roll Of Honour inductees.

Deborah Annetts became ISM (Independent Society of Musicians) chief executive in 2008 and, since then membership has more than doubled in size to over 11,000. She is responsible for leading the development and implementation of the ISM Group’s vision, mission, and strategic direction.

She is a qualified solicitor and before joining the not-for-profit sector was a partner at a city law firm, specialising in employment law.

Annetts leads the ISM in its aim to ensure the survival of the music profession. She has led a major change programme at the ISM covering every aspect of its work: from setting up sister charity the ISM Trust and growing the in-house legal function, to developing focused campaigns on key issues affecting the music sector including music education, Covid-19, Brexit, diversity, and copyright.

She is an established public speaker, writer and commentator and has addressed Parliament several times. Annetts was also named on BBC Woman’s Hour Power List: Top 40 in 2018.

Outside of the ISM, she is chair of the Educational Recording Agency (ERA) and former chair of the human rights charity Fair Trials International.

Here, Deborah Annetts reflects on her career to date…

“It is such an honour to be joining the Music Week Women In Music Roll of Honour. Having moved into the music industry from another sector quite a way through my career it is great to be recognised in this way. But it is very much a team effort. I am fortunate in that I have a brilliant Board and Chair, Vick Bain, and a great staff team. We are very clear that we are here to support the music sector and our members and will always go the extra mile to do just that.”

“I joined the music sector having already had two successful careers so my route in was possibly unusual. After my degree I went into the NHS as a management trainee. That was a baptism of fire. It was during the 1980s when the then government was privatising all the ancillary services in hospitals. I was working in a large hospital and was very much against privatisation. There were strikes and it was made very clear that I had no option but to break the picket line, something I felt uncomfortable about. This was a formative experience for me and was the reason I became an employment solicitor.

"I started off in the city working for multinationals which was not what I wanted to do. Eventually I joined Stephens Innocent, a human rights firm where I could work for a broader range of clients including individuals. I worked for a broad range of trade unions including the NUM and got to learn a lot about how to call a strike and how to set up a union chapel. All good experience.

"I also developed a specialisation in discrimination law and saw how women in particular were often discriminated against for a whole range of reasons. I also took some of the very first cases relating to disability. I became a partner quite young and enjoyed the leadership role trying to make the firm as effective as possible. Increasingly as a result of my experiences working in employment law, I wanted to work for a rights based campaigning organisation. So, much against the advice of my peers, that is what I decided to do back in 2000. However my interest in employment law continues to the present day and I am incredibly proud of the legal team at the ISM and their work in helping musicians both employed and freelance.

"As an employment solicitor and [someone who] worked in private practice for many years both on behalf of employees and also for companies, I saw everything which that go wrong in a workplace. I still find organisational psychology fascinating.

"Having been made a partner at a young age and taken cases not just to the House of Lords but beyond, I developed itchy feet and decided to move into the charity sector as a CEO where I learnt my trade as a leader. In 2008, I was lucky enough to be offered the role of CEO at the ISM. The interview panel made it clear that they wanted change, which was great from my perspective. I am very much a changemaker and could see the brilliant potential of the ISM. It was just a question of going back to its campaigning roots and overhauling all the elements which make up a successful professional association from services to advocacy to legal support and profile.”

“No – I have not had a mentor at any stage of my career. However I watch out for people who do a good job and try to learn from them. You can learn a lot by watching others – both those who are great – and those perhaps who are less successful.”

For the past 14 years you’ve been CEO of the ISM. What’s your biggest achievement so far?

“I was thrilled and delighted when I was offered the role of CEO at the ISM in 2008. It was my dream job, working for a music membership body which was focussed on supporting both the music sector as well as assisting its musician members with all aspects of their professional lives. The ISM is truly a cooperative and was born out of the desire for better protections for artists and workers in the latter part of the nineteenth century. It was like all my Christmases coming true at once.

“It has been quite a journey and there have been so many highlights along the way. It is difficult to know which one to pick. So I am going to pick three. The first has got to be growing the ISM. When I started the ISM had about 4,800 members. It now has over 11,200 members across all parts of the music industry and across all genres. The number of performers joining has shot up as our profile has grown and there is nothing that my six strong legal team cannot tackle. We have even just won a case in the Supreme Court on workers’ rights.

“This then takes me to our campaigning work. There is a close symbiosis between our legal work and our lobbying work. Afterall this was one of the reasons we were set up back in 1882. There was no campaigning going on when I joined back in 2008 and this was one of the first things I tackled. Our campaigning function now has five staff and  we campaign on everything from Brexit and the cost of living crisis to music education and EDI. I am very proud of Dignity At Work 2: Discrimination in the music sector which was published on 28 September and I hope that the report with its stark findings and its important recommendations will bring much needed change to the sector.

“Lastly I am very proud that on our 140th anniversary we have changed our name to the Independent Society of Musicians. This change really does speak to who we are and what we do.”

At the moment, all too often there are no repercussions for inappropriate behaviour and this includes sexual harassment – this must change..

You started researching cases of bullying, harassment and discrimination in 2018. To what extent has the industry failed to acknowledge that?

“I think our latest report Dignity At Work 2: Discrimination in the music sector which was published in September 2022 and is a follow up to our two reports from 2018 makes for sobering reading. There is a lot of noise in the sector and lots of activity but I do sometimes wonder if it will change the culture of the music industry. And some of the changes which we have been calling for since 2018  such as tweaks to the current legislation which would give those who have been discriminated against better protection have not happened. With these legal changes I really do believe that musicians would be better protected and the culture of our sector would change.

“But there is also a role for the music sector to play – we cannot just rely on Government. For instance music organisations must take action against those who discriminate or bully or harass and not hide these behaviours under the carpet.  At the moment all too often there are no repercussions for inappropriate behaviour and this includes sexual harassment. This must change.”

“I think it is the same as in any career. Make sure you have a network of those who you trust and can provide informal support and guidance. Network and be resilient. It is still the case that with careers you need to make your own luck. And do the job you want to do – then it is a joy and not work!”

Looking back, what’s the best advice you’ve ever been given?

“I am not sure it is advice but it is deeply inspiring; the Dalai Lama said, ‘Just as ripples spread out when a single pebble is dropped into water, the actions of individuals have far reaching effects.’”

Finally, what’s your biggest lesson from 2022 so far?

“How quickly things can change. And how hard it is to make change.”