'2018 has been a great year for Positiva': Jason Ellis promoted to MD at dance label 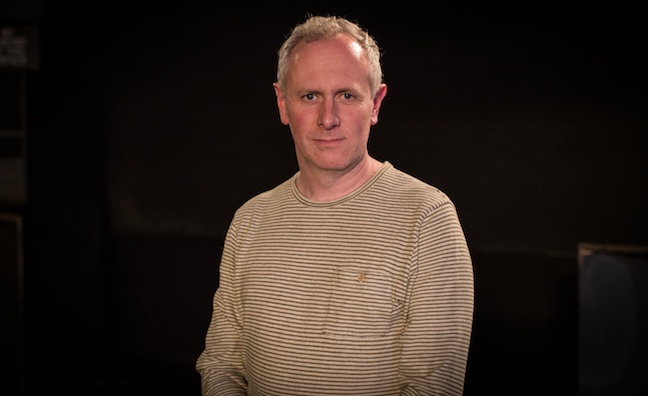 Jason Ellis has been promoted from his A&R director role to become managing director of Positiva.

As revealed in the latest issue of Music Week, Ellis’ new title reflects success with Positiva artists including Jonas Blue. Ellis will continue in his additional role as Virgin EMI A&R director.

Ellis has a long history with Positiva: he joined almost 20 years ago and has been in charge since 2001. The label marked its 25th anniversary this year and has released a new Positiva 25 compilation and box set, featuring rare remixes.

Having joined the EMI sales team in 1995, Ellis became A&R manager for Positiva in 1999. It was a period of strong sales from acts including Fragma, Vengaboys, Alice Deejay and Spiller & Sophie Ellis-Bextor.

Taking over in 2001, Ellis steered the label through a difficult period for dance music, a singles-based market hit particularly hard by file-sharing and piracy. The label was sustained by big hits from The Shapeshifters, Room 5, The Ones, Deep Dish and Axwell.

After moving into the Virgin label in 2009, Ellis was at the forefront of the EDM explosion, playing a key role in breaking David Guetta in the UK, developing Deadmau5 and signing Swedish House Mafia.

Since joining Universal Music in 2012, Ellis made Positiva the UK home for Avicii and enjoyed sales and chart success with Armin van Buuren, David Zowie and Martin Garrix.

The label’s current big streaming artists include Martin Solveig and Jonas Blue. Big hits so far this year include Blue’s Rise, Jackie Chan by Tiesto & Dzeko feat. Preme and Post Malone, and the Marshmello and Bastille collaboration Happier, currently a No.1 contender. A debut Jonas Blue album is out on November 9.

Ted Cockle, president, Virgin EMI, said: “Even though the parent company has evolved through several guises, Jason has at all times remained focused on identifying the very best records, and alongside the teams that he nurtures so well, has helped deliver hits consistently across the years. It therefore gives me great pleasure to announce the career elevation of Jason into the new position of managing director of Positiva, whilst continuing in his role as A&R director, Virgin Records ensuring that global dance floors will be superbly sonically furnished for quite some time to come!”

Ellis added: “2018 has been a great year for Positiva, with three huge hits over the summer and a wide reaching anniversary campaign that has given us the opportunity to remind everyone of the contribution the label has made to dance music culture over the last 25 years. I’m proud to have helped keep Positiva on the frontline for so long, with thanks to Ted Cockle, everyone at Virgin EMI and Universal who have enable us to regularly keep breaking dance tracks and artists worldwide. Here’s to the next 25.”

To read the Music Week interview with Jason Ellis pick up the latest issue - or subscribers can click here. And click here for our Positiva 25th anniversary feature with execs past and present.