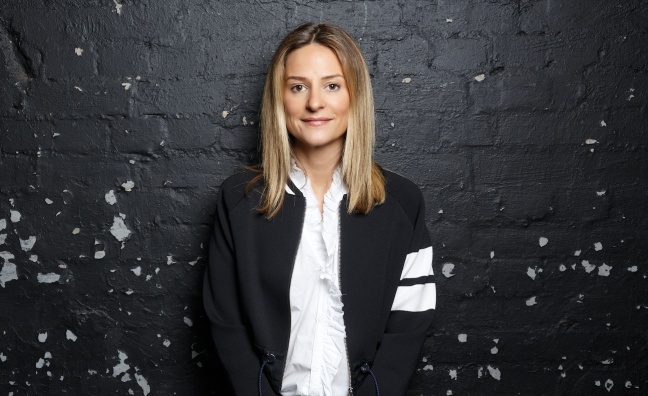 WME's Lucy Dickins is busy preparing for Adele's return to the stage next summer, and it's no surprise to hear that the superstar's record-breaking 30 album is the agent's favourite of the year. Dickins heads up the fourth part of our 2021 wrapped series, choosing her favourite sounds of 2021 alongside Polydor's Ben Mortimer, Amazon Music's Dellessa James and more.

Revisit part one, two and three and enjoy part four below...

TRACK: “I Have a Love by For those I Love. We have all been through a lot either personally or professionally over the past 2 years.  This track is a reminder to cherish our memories. Dave Balfe is an incredible storyteller who reaches out and triggers emotions in us all."

ALBUM: "It has to be Adele 30. For me this is Adele’s best record.  Lyrically, musically and vocally, it's just an outstanding artist record."

TRACK: "Shaybo ft. Jorja Smith My Sister. I love Shaybo’s energy and I see true star quality in her. It’s still tough in the industry for female rappers so I’m rooting for her to win!"

ALBUM: "Little Simz's Sometimes I Might Be Introvert. It’s been incredible watching Simz build and grow over the years. She’s really put the work in and has created opportunity for herself when many doors were closed on her. This album is a cinematic joy, everything from the beat selection to Simz flows and her presence and cadence are just impeccable!"

TRACK: “PinkPantheress – Reason. Love the lyrics, the production, the atmosphere.”

ALBUM: “Wolf Alice – Blue Weekend. A band at the top of their game, working with one of my favourite producers [Markus Dravs]. What’s not to like?”

TRACK: "My favourite track of 2021 is Mahalia, Whenever You’re Ready. It’s an RnB track, it’s upbeat, it would have been a potential club banger, if clubs were open when it was released! The track samples Montell Jordan’s 90’s throwback track, Get It On Tonight, and I think it bangs. I literally had it on repeat 20 – 30 times on repeat in a row."

ALBUM: "Dave’s album, We’re All Alone in This Together, it’s another raw, authentic, true to life, poetic statement from Dave. He’s so consistent, he’s different, he’s in his own lane and I just appreciate that so much. I just love how artists like Dave and Stormzy take time out to work on an art form and then they come back and they deliver. I can’t wait to see him on tour next year. Congratulations to Dave!"

TRACK: “I loved everything PinkPantheress dropped. Her mystique and credibility are so exciting to see present in the landscape – and the music is unreal.”

ALBUM: “Two favourites. I love Jon Hopkins’ new album, Music For Psychedelic Therapy on the more ambient side, and the new Joy Orbison [Still Slipping Vol. 1] is a must-listen too.”

TRACK: “Lil Nas X's Montero (Call Me By Your Name). I think what Lil Nas X has done for queer people, and particularly queer Black people, around the world this year is huge – a really important moment. And for him to cover Jolene for Radio 1's Live Lounge Month was inspired!”

ALBUM: “Sam Fender's Seventeen Going Under. I love that Radio 1’s been there from the very beginning, and it’s great to see him achieve such success with the album this year.”

TRACK: “Better Days by Dermot Kennedy – it’s a really big song with uplifting and optimistic lyrics. Just what’s needed in a year like 2021!”

ALBUM: “Evering Road by Tom Grennan – just sing-along pop, a great voice and a step up from his first album.”

TRACK: "Kay Young and JNR Williams' I Got You – the sound of the new London rave scene."

ALBUM: "London Grammar Californian Soil – it’s like a night out, in an album form."

TRACK: "Rema – Soundgasm, I believe this record has taken afro beats in a new direction."

ALBUM: "D-Block Europe – Home Alone 2. I feel this is a classic body of work, the productions, collaborations and subject matter all make it a classic."

TRACK: “Laura Mvula – Church Girl. Her whole album really lifted the mood at the start of the year - such an exciting return from an incredible artist.”

ALBUM: “Wolf Alice – Blue Weekend. Amazing from start to finish and gets better with every listen. It soundtracked some of my reunions with friends after lockdown too.

TRACK: “Léonie Pernet – Hard Billy, from her critically-acclaimed new album Le Cirque de Consolation. A French multi-instrumentalist composer and singer, signed to InFiné, a French record label that recently celebrated its 15th anniversary, a great example of how independent record labels can grow organically and keep their values of innovation and artistry.”

ALBUM: “Divide And Dissolve – Gas Lit on Invada Records (UK). A great album, musically ambitious with a strong message. Released post-Brexit by an iconic British record label, the duo from Australia will be touring Europe for the first time in early 2022. This record really makes you stop and listen - pretty much the soundtrack of 2021.”