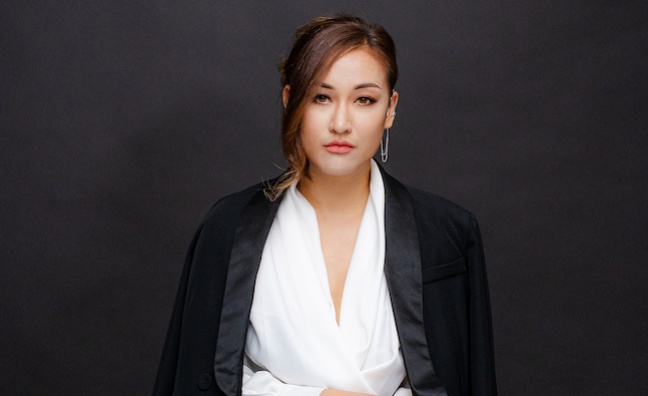 According to the announcement, this groundbreaking agreement marks the first time a label from Cambodia has signed a deal with a major international record company.

ADA Asia will work closely together with Baramey to increase opportunities for Cambodian artists through customised services – such as global music distribution, digital marketing and sync licensing – while expanding the global reach of Khmer music and culture around the world.

Baramey is a pioneer in Cambodia’s music industry. The Cambodian genocide nearly wiped out the country’s music sector and as the country emerged from war and isolation, it was one of the first entertainment companies that dedicated efforts to boost Khmer talent and revive its music scene.

Baramey created a platform for artists to release their songs in a domestic market that had been dominated by music piracy. It has a roster of some of the hottest artists in the country, including popular hip-hop duo Kmeng Khmer; founding member of the country’s “original music movement” Laura Mam; new rising R'n'B singer Sophia Kao; and the country’s top hip-hop star Vann Da.

Laura Mam, artist, founder and CEO of Baramey, said: “It’s a great honour for Baramey to join forces with ADA Asia to distribute our music around the globe. This deal is not only monumental for Cambodia’s music industry, it’ll also be transformational for Cambodian artists. When we started our company, distributing music outside of Cambodia was unheard of, and we’re excited that this partnership will enable us to amplify our team's achievements.  I’m personally humbled and delighted that Baramey will be the first label in Cambodia’s history to partner with a major music company to bring the music of our country to the world.”

Josh Kahn, head of business development & operations of Baramey Production, added: “I’m excited to be able to partner with the ADA Asia team and the Warner Music family on this landmark deal. It’s important for us to find a partner on this journey who understands the importance of building infrastructure across Southeast Asia and beyond for our artists. We sense a massive opportunity for our music, and we’re excited to develop this opportunity with such a like-minded partner.”

Headquartered in Singapore, ADA Asia was established in September 2020 as part of ADA Worldwide’s global expansion strategy. Baramey Production is the fifth label that ADA Asia has signed since its launch, following deals with leading music companies in Indonesia, Malaysia, the Philippines and Vietnam.

This deal comes on the back of Baramey’s success earlier this year with Vann Da’s hit single Time to Rise (feat. Master Kong Nay), one of the first Khmer songs to cross over internationally. The song is also now the country’s most-streamed music video ever, with nearly 70 million views. Vann Da has just released the follow-up single Catch Me If You Can, following Baramey’s partnership with ADA Asia.