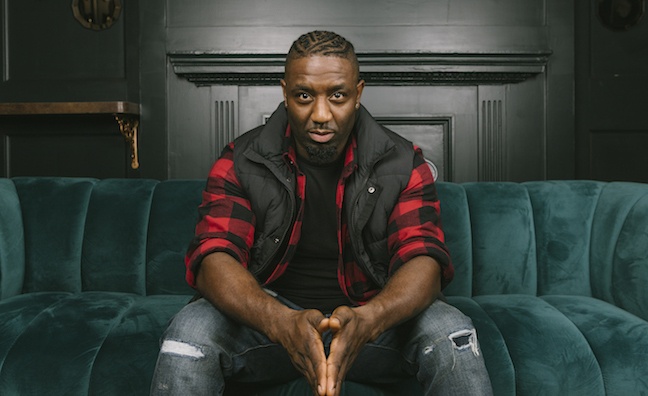 The UK’s Association of Independent Music (AIM) announced two new initiatives to support entrepreneurship in the independent music sector at its Annual General Meeting in Manchester.

Held at YES live music venue, and also livestreamed, AIM’s first AGM outside London was themed Taking Independents to the Next Level.

Snooky Grubb (commercial director at Mute Artists) will continue, as will Despa Robinson (Director at BE83 Music Group), and Corey Johnson (CEO at Defenders Ent).

AIM also unveiled details of its new Angel Investment Syndicate, to be launched with support from the UK Business Angels Association (UKBAA), Reed Smith and Simkins, in addition to Ambassadeurs Group. AIM’s Entrepreneur & Outreach Manager Ben Wynter is coordinating the scheme, which will create access to capital for music entrepreneurs looking to  scale their businesses.

Supporting AIM’s goal of levelling the playing field for entrepreneurs from non-traditional backgrounds, funding applicants will also have access to essential business training. This will include an initial Investment Readiness training programme prior to pitching, as well as ongoing mentoring post-investment.

Ben Wynter (pictured) said: “One of the biggest barriers to scaling music businesses, as identified by the British Business Bank, particularly for those from low socio-economic backgrounds, is access to capital and professional networks. The AIM Investment Syndicate hopes to change that. It will empower entrepreneurs with the language and skills to navigate the investment world, and not only enable them to secure investment but also provide real-life opportunities to grow their networks and scale their businesses. Creating the Syndicate has been one of my key goals at AIM, and I believe it has the potential to be a game changer.”

Creating the AIM Investment Syndicate has been one of my key goals at AIM, and I believe it has the potential to be a game changer

Andy Heath added: “I wanted to get involved in the AIM Angel Syndicate as it has all the right intentions and provides an opportunity for good independent companies to grow and scale their businesses in a way that has not been available previously. Though the cost of living crisis means investors are generally more cautious, I remain optimistic about the impact that this could have on independent entrepreneurs.”

The meeting also saw AIM announce its forthcoming Amplify apprenticeship programme, created in partnership with Amazon Music and Women in CTRL, to help budding music professionals into the independent sector. The scheme will benefit from a contribution from Amazon’s £2.5m apprenticeship fund to support up to six independent labels in upskilling their workforce.

Apprentices will receive Real Living Wage salaries as label assistants, providing both administrative and creative support, as well as working closely with A&R teams with a focus on identifying, championing and growing women and non-binary talent on rosters. Applications to join the scheme are now open for AIM’s rightsholder members.

Nadia Khan, AIM chair & Women In CTRL Founder, said: “Existing research shows a clear lack of representation of women and non-binary individuals in the music industry across many areas. Amplify is a direct initiative to tackle this imbalance, by providing investment, training and support. I’m honoured that Women in CTRL, Amazon Music and AIM are uniting on these aligned goals. Breaking down barriers to entry in the music industry is something I’m very passionate about, and thanks to the generosity of Amazon Music, this scheme will provide paid roles to future talent, taking a step towards equitable access to music industry careers.”

Ross Watson, head of label relations at Amazon Music, said: "Historically we've seen a gender imbalance among artists across the release slate. With the help of AIM and Women in CTRL we wanted to develop a program which tackles the issue further upstream, invest in the most progressive parts of the UK’s thriving independent music community, and help to lay the foundations for a more diverse and inclusive industry. We’re really excited to see what results Amplify can deliver.”

AIM’s departing CEO Paul Pacifico, who is stepping down after his second three-year term at the end of 2022, gave his final address stating: "Once at risk of being pigeonholed as ‘not the majors,’ AIM has shifted to positively define itself through impressive new measures to support a new generation of creative entrepreneurs. We have served the independent music community with strength and resilience, channelling excitement and investment into the sector which in turn has driven great value to our members. I leave AIM in its strongest financial position to date and as a forward-facing organisation that is ready to respond to the challenges of an uncertain future.”