All the winners from the AIM Independent Music Awards 2020 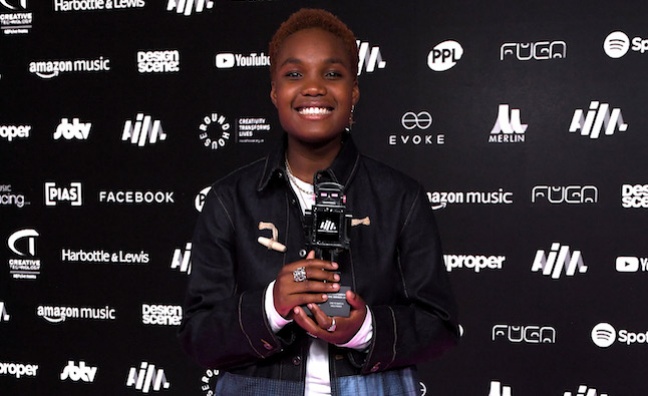 The independent community has risen to the challenge of Covid

In his opening speech, AIM CEO Paul Pacifico said: "It has without doubt been an incredibly challenging year for everyone and at this year at AIM’s Independent Music Awards, we get the chance to really celebrate the community’s resilience, creativity and innovation that saw independent music continue to break boundaries and push the envelope in spite of all the restrictions around us.

"The independent community has risen to the challenge of Covid and the sense of collaboration and mutual support that has helped us in these difficult times is a real reminder of the importance of the human connections within our businesses as well as our personal lives."

After being named Indie Champion, IMPALA's Helen Smith said: “I can think of many many people who should get this Indie Champion award, across the European sector. And on the IMPALA board where a lot of decisions are taken that I think quite a few people would have described as a bit crazy. But maybe that’s why we’re getting this award today, because sometimes you just have to do crazy things. And like a champion you have to run like hell, don’t look around, and hold on.”

Alongside a surprise performance and the world-first live performance of their new track Nerves Of Steel, Erasure’s Vince Clarke was named as the first recipient of the Special Recognition Award for his work as part of Erasure, Depeche Mode and Yazoo, having worked closely with legendary indie label Mute for more than 40 years.

The full list of AIM Independent Music Awards winners is as follows:

INDIE CHAMPION IN ASSOCIATION WITH MCPS

ONE TO WATCH IN ASSOCIATION WITH BBC MUSIC INTRODUCING

INTERNATIONAL BREAKTHROUGH IN ASSOCIATION WITH DEEZER

OUTSTANDING CONTRIBUTION TO MUSIC IN ASSOCIATION WITH MERLIN